On the banality of Life and Death

Days in Delhi are getting colder, not yet the unkind, and evil sort of, but slighly uncaring and lost in its own thoughts, sort of. Tossing in my bed for around thirty minutes, got up at six and headed for the neighboring deer park, developed to create the illusion of a forest in the middle of the city. I love the park better than the standard ones with manicured lawns, reminds me of the past, of the time in class VII wading through the real forest in Hasimara, a small town close to Bhutan, with Tulsa river running by the side of the Airforce colony where we lived then. It was a picture postcard township and a picture postcard life.
Coming back to today, sat thinking about how time passes by, particularly in the later phase of life as the birthdays supposed to mean something more than what they did in the earlier phases, whiz past like lonely, moffussil railway stations on the route of a superfast non-stop train. Forty passed by, and I didnt noticed, pushing back the exercise regime which the doctors have been asking for further forward, and hoping mere faith will push me through. The lackasidal attitude, and stress finally gave way to a sugar level scary enough to cause serious unease as I came back from a weekend trip to Nainital. Next few weeks saw the weight heading down around six kgs. Then the checkup, which comfirmed the worries, cut down on some serious calories, as teas went to no sugar, no milk, saw thw weight tumbling down and settling at seventy from the high of eighty four. Anoter checkup saw movement to south whcih happened last week. Report as earlier one, elicited no interest on domestic front, not to the extent of anyone wanying as much as to see it, except for my little daughter who did notice a band aid patch as she did the last time and even assured me that she will take me to the doctor ti get me healed up.
No point in talking about it to anyone, reminds me of a shaer from old college times " maang kar tumse khushi loon, mujhe manzoor nahin/ kiska maangi hui daulat se bhalaa hota hai" ( no point in begging for happiness from you, who has eve prospered with a fortune built out of begging". But then tere is no escaping the fact that the little lady who assured me of a visit to the doctor does need me, though little does she understand that the neednto visit the doc is for more than what her starry eyes can see. It is all alone in the end, it is my life and I need to do something about it, to see to it that I am around to walk my daugter down the aisle, fare her well as she grows up and steps into a life without me. Can not keep waiting, no matter how much I would want to be loved and taken care of. It is a lonely path ahead, given the amount of ice that has grown around the heart still beating with difficulty. So off I go to the park for a run. Every day counts, every moment counts, till...to borrow from Michael Bolton..I am back on, my feet again. Hope to see the doc today, get nominations done in my insurance plan for the worst case and promise myself, never to push things backwards, as the future happens soon enough. Next week is hopefully holiday in the hills, hope i can come back better. If Neitzsche can write a tome even after such severe health conditions which prevented him for making a sitting more than couple of hours, i can at least be as cruel to myself, especially on winter mornings. Only hope is that I do not end up being a vegetable interferring in lives of those around me. 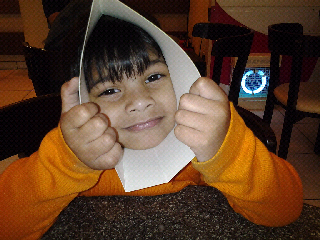