State and the Rights of a Child and Right to Divorce

I have for the last quite a few posts almost manoeuvred out of the torrid path of politics and more accurately, avoided taking note of the way world around me changed each day. While the newspapers screamed through a self imposed deafness and isolation as I kept my being comfortably ensconced in the cocoon of an utopian Felicity, touched by the divine touch of the little human soul, my daughter.
Truth has a may habit of slowly tickling your toes, before it finally nudges you out of the feigned slumber, and throws you on the floor so hard that the pretence is no longer bearable.
So, wake up I did to find that baby Falak is dead, Ms. Padma Lakshmi's last beau finally got paternity right to his child, the Indian couple in Norway lose custody, live-in gains currency by an unusually generous Supreme Court and this week, divorce becomes easy.
A debate on television had a gentleman with some fancy title of psychologist counsellor, was busy painting such a bleak picture that kids would start screaming looking at their parents if they were to understand and believe out. I have no clue of the gentleman believed what he said or was merely trying to get patients for his practise. An actress of yesteryears was also there, seemingly because she had commendable command over the language of the lords, and looked fetching on the screen, her credential in parenting unknown to me.
Padma's case was particularly distressing for any father, how so ever liberating it might be for for misguided feminists around the world.
A question which particularly haunts in that affair is the right of the child to decide on whether out not to have a father being bull dozed by  a liberated woman. A man becomes pretty extraordinary the moment he becomes a father. Though devoid of all great rhetoric accompanying a mother, a father holding a tiny finger in his protective hold has a multifaceted and multi dimensional role in the growth of a child and big determinant of what kind of individual the child is going to be. I am yet to understand the logic which deprives a father's right over parenthood under the garb of women liberation. An argument which irritated the actress a lot was the comment is the fact that the amendment to theHindu Marriage Act of 1954, will make divorce commonplace and I do think for once made sense, the lady's protest notwithstanding. with the cooling off period ruled out, it is likely to create a floodgate of lightly considered divorces in the country. while it might be true that no one would want a divorce unless exhausted of all other options, one can not too loosely generalize it in a time when we have seen divorces of the kind of Rakhi Sawant and Rahul Mahajan. We live in a world of frivolous where serious thoughts, serious emotions are frowned up on as error of judgement and sign of fickle minds. Can men (and women) be trusted to consult the voice of those who can not well understand and speak, before devastating their worlds to pursue an imaginary world of freedom. In the debauchery which surrounds us, where earlier it was heroic for celebrity to struggle against alcoholism in society, today they fashionably fight for right to drink. People hail the government for this amendment as it eases the regulatory difficulty in making decision regarding the breaking the homes to which child had the biggest right, by making the couple spend some more time together, and reconsider the decision. There are things and nuances which kept our society together add social glues, there are not enough arguments to merit abandoning them. love and friendship have already lost any sense of permanency, there is no reason marriage should go that way. there are some areas in your life where I would rather if state would not enter than on a constructive angle, and that to rarely. Why should a state which hitherto had failed in facilitating education or food and even basic citizen security, be so keen in playing role in facilitating home breaking, when we don't even have enough child care homes, and those we have hit headlines for all wrong reasons. The state ought to desist from acting as a larger khap, at least not because law concerning one religion are easier to change, it being embarrassed for being majority in country and it being thrashed  being faahionably secular. Only Hindu marriage act could have been amended in.such silence.Don't ask reasons, there are many and as Mr. Holmes would say, they are elementary, pretty elementary, my dear Watson. 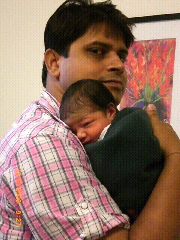