Every milestone in life seems so critical and so absolute in it's impact over our life, till the time it is crossed, and so rapidly it finishes in value, that if we were to know of this beforehand it would change the entire outlook we have towards life. If we could anticipate our appreciation of the value of a milestone post facto, we would not be so stressed out about it, and if we could remember the value we place on the event before it happens, post facto, we will be able to savour the accomplishment for a longer time, with a sweet minty aftertaste in or love. Unfortunately, most of the time we slip on both the counts. When we are chasing a dream we put so much of value on it  that we forget to appreciate what we have. You can not belittle the milestone, cannot deprive it of the respect it ought to get in order to keep you moving towards it. What we need is an elusive and delicate balance which keeps the interest in the chase alive, but does not bear so heavy on your thoughts that makes the struggle so difficult to break you down beyond recognition. It needs to be worthy enough to keep your interest alive in pursuance but ought not be killing enough should it not be achievable.
The other aspect is how we treat the dreams we have achieved, when they are no longer a dream now. I believe it was Oscar Wilde who said a tragedy bigger than not achieving something is achieving it. Those who get bestowed with something as precious as a child after difficulty, or rather in the process of attempting to be a parent through a particularly difficult and mentally as well as physically taxing period of attempted parenthood, with close eye on biological calendars would do well to understand the game this perspectives play with us. When trying to be a parent we are so blinded by our own sense of shortcoming and necessity to accomplish, that we lose sight of options available in the event of failure. Thus we put more pressure on already stressed out pursuit of ours. Then to look at the second part of the argument, when we look around and find the world squandering precious pearls like baby Falak and other such unfortunate kids and
Listless honour killings painting the country red, we understand the gravity of second part of the argument. We think so less of the gifts which are already ours ( it need not only be child could be a spouse as well, a job already obtained). Even if it is not so drastic and dramatic a end of life, this lack of regard for what we already have might manifest in different ways, shouting at the kid, well, for being kiddish, belittling the spouse for being exactly what enamoured you to him in the first place, hating the place you work in for being big/small, letting your child out of your lives for not complying to your express wishes, without acknowledging that life must and will always go forward. If only we could remember the struggle to obtain what is today ours before we get annoyed, angry and disgusted even with those we love, in the context of longing and effort which went in before they became ours. what is merciless is that more often than not it is the same attributes which made those we loved so lovable which make them so unlovable post acquisition, for the lack of a better word, a tendency to drop things, being childish, even an impractical world view, a love for reading or writing, respectable occupation otherwise, and attractive attribute otherwise, during the chase, the struggle becomes so unbearable as we forget the effort and the prices of acquisition, in other words, we loose sight of the life before you. 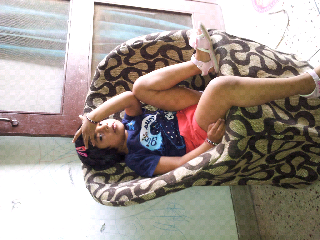