The Ship Sails Forth - School Days

The days of play school are over. Nonu, my little daughter, stepped finally into the the cold, uncaring world of adults. She had been going to a preparatory or more aptly a play school, saksham, close by for some time, but then out was what out claimed to be- a play school. It was a fairy tale world with a lot of colour on the walls of the school building, young teachers, evangelical about their work. It was fun, no work, school will begin at nine, but it was considered fairly alright to appear dreamy eyed on the school gates at ten, and join the spirited dance class.
A lonely and embarrassingly struggle to put her into school, with almost twenty days of January gone into submitting documents and applications into an equal number of school yielded an even more embarrassing outcome, she could make it two three out of those twenty, st. Paul, st. Mary and dps international. We got her into st.Paul, her mother did not like the, clientele, can't think of better word, of it, dps was decided a too expensive, and st. Mary was taken as appropriate. I was not to convinced, for dropping St. Paul and dropping out of DPS international, more so when I met an old colleague of mine who shook his head at what he thought was an inconceivably naive and stupid decision, with all politeness he could summon in the face of it. The expensive school was almost not costing more in fee than the stupid jewelleries and all tablet phones one buys through the year, the overall number when broken to month would well have been within the budget. And to think of it, in terms of proportionate part of earning even the expensive school would have not been equal to the proportion a twenty-eight rope a day parent would spend for his wards study. I felt inadequate, morose and sad immediately then, and the same thought has been simmering in since then. I did think of shifting to some place close to her school, as the one opted for is around six kilometres from where we live. That option was also pushed forward with a condition tucked in that we can shift there only if it is our own house, not a rented one. Till then it had to be a place closer to better half's working place as long as it is rented. So failed on both fronts, I pushed all those thoughts of failure to the damp corners of conscience, deciding to drop her to the school in the morning. Did so dutifully on the first day, day two was terrible and horrible. The poor child go to bed after her parents are through with late return from office, occasional trip to the gym, which she accompanies to, for no reason than to continue to be with us for some more time, and a ritualistic starting down on the TV. So she sleeps late and find difficulty in getting up, the school demands she be there by eight thirty, which still seems manageable if we could start from home by eight, but no, alas her school will have none of it. I get one full session of admonition, first for being late, second strangely for dropping her to school. Held hostage by the the teachers, I cannot but agree to surrendering the child for a pickup at seven thirty, which would imply her getting up at six thirty, what a pity, what a shame, and as her father, protector, even in mythical sense, can not do but be a bystander to it. Life is slowly becoming an all powerful tsunami, with my existence as a mere leaf floating helplessly with the waves, merely carrying out wishes of others imposed on my being. I sometime wonder would my child not consider me a man not measuring to the stature of a father, a failure on all front, and at the moment no other evaluation seems of more significance than what my child will think of me, having already failed on all other measurement parameters, as a son, husband or anything else. I know I am no longer a fun to her as I would want to be, with a simmering, haunting solitude breathing under the layers of my persona. A bitterness arising out of a never ending hurdle race that I keep running through which every day ends with not applause but scathing criticism. Why do I feel about life as if it is someone's place where I am staying in for a while, and I want the stay to be over to have me going of to a place where my idealism was not stupid, my easygoing nature was a depth of understanding on shallowness of life, where my commitment to work was a matter of pride, where every love was not required to be evidenced, the wind would flow hoarse and wild. Will my child have a different scale to measure me? Is it not the question every man face, a question which everyday pros him to become a better person. 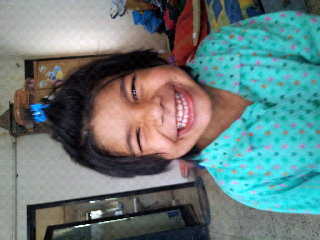