Being Malala..Hope in Today’s Time of Despair

October 20, 2012
We live in interesting time, to borrow a phrase from yesteryears, and to put it in today's context, very, very mildly. We, the confused humanity as a whole are standing at a historic diversion. The path that we take will define where we go from here. I am not a doomsday prophet and therefore am not predicting the end of human race, but I do feel that decisions we take today will definitely form the shape human race and human thought will take in the times to come. I am worried to the point of disgust when I look at the sad turn we took some twenty-five years back as the global sensitivity, tolerance and thought took steps on what I would consider, precipice of fanaticism and intolerance.
The fanatics, the unbending, unyielding intolerants without any intent and seemingly, capacity to debate with the counter-thought, occupied the space ceded by the liberals out of fear or sloth, with a sense of urgency. As a Salman Rushdie rushed to his small, corner in a fatwa-ridden world,  living a largely regulated life and rationed , thrown at him like alms to the beggar on the street corner, clouds of despair loomed large over the globe, with only thin light reaching down to the earth. The landscape, devoid of sunlight quickly changed. A nobody’s world quickly changed into everybody’s battleground.

I am always amused and concerned about how mob engulfs the individual. The morality of a mob is very different from the morality of an individual. A mob can wreck buses, torch shops, kill people, rape innocents, something which an individual can not. It is not about the possibility , it is more about the morality. An individual always has different moral standard than a mob, and admittedly better one. What can explain that a poor man who will not rise to the honor and well being of his own daughter, family and closed one, will rise to indulge in loot and arson in the name of some cartoon drawn in some land which he might never have seen, As an individual, he will never get into violence, till he verifies the fact and analyses, howsoever briefly its direct impact on his survival or stature. There is something terribly wrong in the world idea of the mob with gloomy, dark clouds of night, and Mala Yousafzai seems to be the only light holding the promise of a day, named after Malalai of Maiwand (1861-1880), the Poetess and the Afghan Joan of Arc during Anglo-Afghan Battle, seems to carry the same fighting spirit. The mob is formed out of ignorance and those who extract legitimacy of their rule over their brethrens merely based on numerical strength of their follower, would not want thinking people in their reign, they want mob, the hysteric, non-thinking mob.
Their rule extends through the mob, and the mob feeds on ignorance of people which constitute it. The ignorance allows their commands to be carried out, without questions, even at the cost of the individual well-being of the people who constitute the mob. They will rise to make a mosque, because a local politician in Delhi leads them to believe it is their solemn religious duty. The politician in question derives his power from this unthinking mob, which does not deliberate; it does not pause to think if they can come together to make a mosque why not come together to make a school or primary health center in areas where their fellow faith followers live, something which will make their individual lives better. Their lives will went as before, even when the mosque was not there. The same argument can equally apply to a temple or any other place of worship. People like Malala scare those leaders and demi-Gods, for they talk about logic, about deliberating before the action. 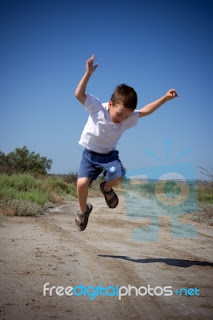 A fourteen year old girl in the ill-famed Swat valley of Pakistan, advocating education for fellow girls thus becomes a threat. Fanatics rule in darkness, a darkness in which faces are all unseen, and the individual is subjugated. They are scared of the first ray of light, as the light of education when walls on those faces, the features get pronounced. They are no longer warrior of a faith, it is the face of a father, who is worried how his daughter who like any daughter to any father is a princess will live on to be a queen; it is the face of a husband who wants to reach home with food and rations and who cannot comprehend how this effort can be undermined by some cartoon made in faraway land, or by some book written by someone many seas apart, and which he does not even fathom reading in this life of his. Suddenly all faces are not alike, they are faces as distinct and as human as those of the people ruling them, guiding them to animal violence. The rulers , hitherto beyond question, fanatics hiding behind the glory of their religions, watch scared and sweat palmed and the collective brows of the followers bend to form a question. No God can want the children to be killed, any God who might wish thus must be pretty paranoid and worried God, very unsure of Himself. An idea which is so fragile which can not stand a kid's argument can not be worthy of being protected with lives of people. Those rulers, the leaders of fanatics, do not like these questions, they see their precarious power base which survives on unquestioned obedience tremble, and they hate that first ray of light.
We cannot let this go as a unrelated world event unfolding in some faraway land. We as Indians did it earlier, when we bowed to the self-proclaimed representatives of faith in earlier instances of Taslima Nasreen and Salman Rushdie, and we as liberals of the world allowed the sun set so to the edge that the world was suddenly a cold, dark place. We cannot do it now, Malala should be cheered at every TV channel, each editorial in the news magazine, we need to form a sacred ring around her. She is the Prometheus who has brought light to Afganistan, and she is today fighting for life. After the attack on her, I had hoped that people who attacked on her will disown the act out of shame if nothing else. They have turned out to be too thick-skinned, not only did they claim the act , also vowed to repeat it. They are so intellectually bankrupt that they did not for once think, that their reign is based on fear and they are killing their own case, by admitting to be so scared of a fourteen year old girl, simply because she decided to fight for education in the society where men are not supposed to think, simply because she attempted to write about what was happening around her without fear. This is a line of argument we find close home also, when we do not want to change the scenario, but rather than apologizing for letting it rot to the state it is, complain about people who  merely report on it. Let us stand by Malala Yousafzai, the fourteen year old girl, who is the only Man around in that dangerous valley, for in her rests the hope of the world, where free breeze of thought will blow and flowers of liberty will bloom. Hope looking at her, our politicians, always worried of votes and cautious of taking on the mob, in form of religious groups, making mosques and breaking temples, or Khaps passing diktats for individuals to live by, will someway learn to walk straight.  Freedom comes at a price, she paid it for us, we need to huddle around her, and rally behind her. She is a child of liberty, who needs to protected, and loved and nourished, for she represents something much bigger than her physical frame. She represents human intellect limping out of the debilitating and crushing Yoke of religion, we need to help her walk and run so that our children will not think of that swagger of rational ideas as an impossible dream.
Write on it, cover it, light the candle (though it seems too symbolic to me), send envoy to meet her in London, pass a resolution (US women senators, 14 of them have already written to the Pakistan Prime Minster, seeking action on attackers who shot on 9th of October, 2012 in the head and left the child to die and even reiterated the threat), do something, anything, but don't be silent. As Malala recuperates in the United Kingdom, in my feeble voice, I would urge ourselves as Indians to turn some of our grandiose eloquence regarding freedom of expression, liberty and democracy into visible action. It will not impact your votes; instead, it will show the rubble raiser their place, and you will find fathers of all children who in their being carry the hope of a future world, rally behind you, outnumbering all the fanatics.