It's Only Words..or Is It?- Taking a Position

November 30, 2012
Winters are lovely times. There is nothing as magical as the snuggle in a jaipuri blanket with your little one. It is difficult to get out of the blanket in Delhi winter, even to watch the tempting television debates, with most articulate aggression one can get. The sun is mild, and the green in the neighbourhood park looks fresh as a child. Days are not yet unkind, though chill has made appearance in the dawn.
The most agonising part of the winters is the mornings when the kids have to be readied for school, which Nonu dutifully misses at least three days in a week, much to the chagrin of her mother. I, as silent co-conspirator to this, on account of my own sloth and my distaste to what appears to me as unnecessary torture to the little one in the name of organised education, cooperate in her staying at home oftentimes. In fact, had a discussion with her mother today on this, and when I contested, stating the I could even sail through my engineering with shaky attendances, and in the long run did not turn out too bad, was given a good scold. She could always look through my most secretly hidden plans, since the time we dated.

Anyways, what transpired last week, as I flipped through websites on my iPAD, while Nonu snuggled along, eventually landing on to amazon. Surfing through the maze of holiday and Black Friday sale, I reached on to a Kid's bike. I put the same on the cart, at great price on 27 USD, went on to place the order, only to discover, to my horror, an exorbitant net price, including very high freight, of 64 USD. By that time, I had spoken to her and established a closely guarded secret, unknown to the watchful eyes of her mother, that we will get the bike in ten days or so.
The total price was too high, order had to be cancelled. My sense of adult judgement prevailed over the indulgence, relying on assumption that a little, infantile mind will not be able recollect this discussion of the night, through the next morning.

The following morning was usual whirlwind, rushing her through the daily ritual of getting up and ready for school, both me and her mother leaving for office. As I reached home in the evening, I had no idea that the question which waited me at the home, was more astonishing and difficult than one ones faced through the day. You hugged me and then the dreadful question came about as you looked at me with those bottomless eyes, "how many days more to go before we get the bike?"

My thoughts were stunned, my mind at work to think of best response. No, I can not wish her question away. It is not a question meant to be wished away. There is something more poignant than the question of a mere toy, in it. I can not lie to her that the toy is coming, hoping what one night could not do, couple of them, or a week will do. No, no running away from it.

When you make a word, you ought not wish it away. You either carry your word through, or be forthcoming enough to notify your inability to carry it through. I picked her up and with deep regret, told her that I had to cancel the order.

The nobility of your soul is measured by the distance that you are willing to walk to protect your word. It is this nobility of soul which will bring you love and respect in life. Hugh Prather says in his book, an amazing piece of work, "Notes to Myself", Do I contradict myself? Yes, I do, I am expanding."
This is a brilliant and sagacious piece of advise, not to be confused for what I had proposed in just a statement prior. I do not for a moment postulate that one ought to be a prisoner to his past, I postulate something else.

I posit that as you grow, gain more knowledge every passing day, your position on various matters might change. There is nothing wrong with that, as long as you do not disown your past and current position. At the moment, this very moment, solemn and its own, define your stand and stick to it for your dear life, and be vocal and unapologetic about it. This exposes you to your enemies, that is a worry and a threat; but this also exposes you to the friends. Relationships, whether it be of love or hatred, both are established between human beings, and as human beings we are to have defined thoughts. Walking the so called safe middle path, you risk being run over as on a busy street. You need to take side, and let people know where they stand, which while dreadful at thought could eventually be a liberating idea. So, my child, own your words, when they are proven wrong, and own them when they are proven wrong and you shift the position. Let the friends and foes know where you stand at the moment, without both of which, life is but a wasted journey. So I am sorry, the bike is not coming as the order was cancelled. I will see if I can get it ordered at reasonable price, and will tell you then. Important thing for you to know, is that, I will always tell you where I stand as long as you care to know, without taxing you with a need to make a guess. You will always know where your father stood. In life, there is so much of arbitrariness, so much fog for one to have a clear vision, not with respect to your father. It will be clear, unambiguous, always. I hope, you will always have courage to live such life, which might create some enemies along the way, but trust me, will also bring in such loving friends, that latter will far outweigh the former. You will be threatened, laughed at, shouted down, but for all the good in the world, take a stand, stick to it, unworried, undeterred, unapologetic; it is worth it. The positions you take in life, define who you. Let the positions you take, be know, a defined face has a definite beauty to it, and I am certain that you are that beauty. 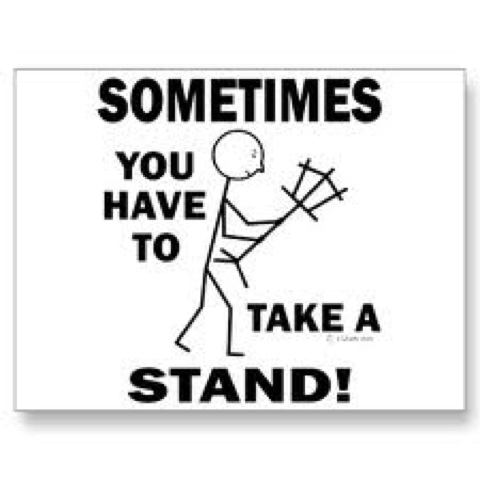