Of Dying Children- In memory of the Dead children of Connecticut

"Thus Nature spake-the work was done
How soon my Lucy's race was run
She died and left to me
This Heath and this calm and quiet scene;
The memory of what has been
And what never more will be."

It is not death which brings the pain, the sorrow or sadness to the fore. Death is but a definite truth which awaits us with comfort when we reach at the other end, bruised and battered with life. What transforms death from a neutral, unfeeling truth to a cold knife which cuts deep into your senses is "how soon my Lucy's race was run."

Last week has been cruel, 28 kids shot dead in a school, Sandy Hook Elementary, firing in Connecticut, a girl raped, brutalised and left for dead, all of four years Pakistan, another six year old forced fed alcohol and raped in BANGALORE.

A child when borne stretches her tiny, pink arms to the adults around her. She is too week, to feeble to live on her own. She depends on those adults around her for survival, she learns that she deserves to be loved and cared for. She learns that is the way it should be. That she be loved, cared for and provided with in return for the happiness which the child brings in his or her being. What sends shudder down the spine is the thought which these ghastly events might have left behind in the minds of those who survive them and those who do not.

A lot of debate, analysis and theorisation follows such events. Some say it is about gun control, poor policing and what not. To me it is because we are raising a generation criminally ill equipped to handle power. The balance of power is always skewed in favour of the older people. This power is relative in terms, but unfortunately kids fall on that end of fulcrum which is doomed. Rich have more power than the poor, but in the poverty stricken class, women are at disadvantage and kids are at further disadvantage.

To want to have a world void of any such discrepancy is what teenage fantasy is built on. The differences are always going to be there, and they could arise out of money, parentage, genes, merit and even out of accidental reasons. We can not erase them and to want to eradicate them per force is as evil an argument as them being there.

Positional differences inherently does not warrant the exploitation of those lower on the societal food chain. This is not a default outcome of differential position nor is it a function of availability of the tools of exploitation. People do not go on firing spree because guns are available, nor do they do so because they find their calling in killing people. They would in the latter case join Army or Paramilitary, where they could fire on people in perfectly legitimate manner. It is not only because of strict discipline or poor career prospects that they refrain from such jobs. It is more because they are scared of having an adversary who is equal or better than them.

These are people with little courage, who find solace rather in the pretence of it. When a kid comes back home, having been bullied by a classmate smaller in size and we question him as to how could he have come back beaten with one inferior in physical prowess, we teach him in some way that it would some way had been OK to be bullied by bigger, more potent adversary, thereby making a case of him to be a bully himself, if it were possible for him. We are everyday teaching our kids it is good to hit back, to not be a walk over, and to in our own subtle way, exploit our own strength.

Even this we might not be doing very often, as the state has crept into a family. Recently, indian parents in Norway were sentenced to prison, for merely threatening their kid that he will be sent back to India unless he stops bed-wetting. This was anyways too far a cry from the adage of spare a rod. You walk into your kid's room, to talk to him senses and the moment you open the door, you find state standing there, with all its sinister might standing between the child and the progenitor. Parents have not time to give moral lessons, religion is already being killed from both ends, fanaticism from one side and secularism from another. Teachers have no inclination of that in view of lawsuits being filed with abandon for as little as teacher slapping a kid for being in wrong. Parents today for some reason support that, I have in my student life was quite a disciplined lad, but still remember sent out of class, to utter humiliation on occasion or being hit on the knuckle by my geography teacher on occasion. It did not cause me a breakdown, nor did it cause a breakdown to my parents then, and I still remember those teachers of mine with a deep sense of gratitude for they raised me as their own. People need to understand that some weak soul may chose to end their lives merely on account of missing a train, but that does not make a case for rails to not to run on time. I am not positing that extremes as the infamous shantiniketan case be condoned, but teachers ought to be urged to take the role which they are supposed to, without interference of the state or parents.

In India, we had a tradition of touching the feet of those older than us. It kept people humble and loved, it is losing currency so fast. In the name of modernisation and individualism, we are losing the roots. My lament is not only against the system which allows the religious morality to be whither away, but also again parents who in the rush to be hip and in-time, are abandoning their role of moral anchors for the kids. State at best can only be reactionary, it can not be proactive in its act. It can not prescribe what can be done once the event has happened. How many parents we find today telling their kids that they need to stand up for people who are less privileged than them, that kindness is not a sign of weakness but rather a sign of strength. Till such time that the state allows the parents to regain their role as an anchor and moral compass to the kids, allows teachers to be as pseudo parents to the kids, there is nothing protecting the kids. The little dreams which should not be tread over even softly as Yeats, will be trampled over every day, young lives will be lost for as little as refusing a drink, gunmen will try to compensate for the total lack of courage in shooting spree on poor, hapless kids in elementary schools, girl child will be killed before being borne, and kids will be exploited/ harassed/ raped. Parentage is not an accidental role, nor is a teaching an accidental profession. They are the hinges on which our social well-being sustains. I know, no solution can emerge from what I have written, I am trifle too disturbed by these events, but I do know, this is a problem steeped deep into our social structure, and there is no singular, obvious solution to this. Our kids have already lost their moral compass, abandoned not only by parents and teachers, but also due not disappearance of grandparents from the lives of most kids in nuclear families, for they, having lived through chasing power, and having seen it diminishing in their own lives are aptly placed to explain the ephemeral nature of power and the eternity with which nobility is blessed. These are merely candles I lit in the memory of the kids who could not live the bloom, who will not be making snowman this winter, and whose gifts Santa will have to carry back to the North Pole undelivered, and in the memory of Victoria, the teacher who died trying to save the kids. 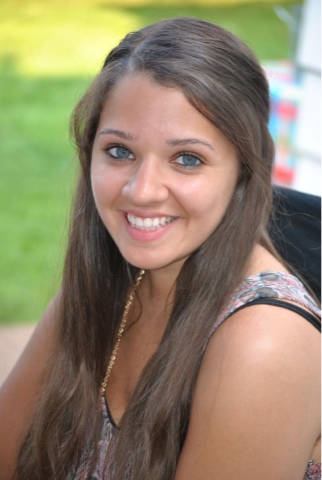