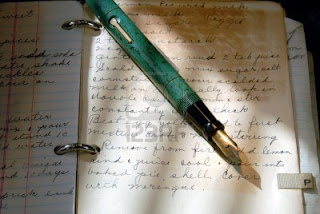 There was a time when I was a very young man, with idealism intact and big ideas to change the world. I was formally attempting to be an Engineer, trying to "use the knowledge of basic sciences for the good of the society" as it said on a plaque at my college, but I was not at peace with the world which I was supposed to contribute towards. It was a society, which was living with decaying laws, and did not have courage to embrace what was true and bright and honest. I was not a happy young man as they say, but I was rather a troubled soul with more questions than answers. I was sad, aghast and disgusted with the world and I knew it.

Deb Fein said…
Well the things you had to say resonated with me. I too have often been a sad person, but it seems worse in middle age - so many disappointments, but we can only take what we're given, learn to accept and move on the best we can. Yes, blogging is freeing. It is a little frustrating to find the audience but I'm working on it.
March 1, 2013 at 3:34 PM

Jas said…
Totally agree. And heartening to know that our tribe ( the formerly troubled but now redeemed souls) is growing. We all take to the scrawl as our thoughts find better meaning in there as opposed to the mindless humdrum of routine.
Great start and happiness ahead...
Cheers!
March 1, 2013 at 9:46 PM

Saket Suryesh said…
Thanks Jas, for the visit and encouraging comments. I do look forward to welcoming you more in this virtual home of mine and to drop in at your home. It is always great to find a kindred soul.
March 1, 2013 at 10:34 PM

Saket Suryesh said…
Thanks Jas, for the visit and encouraging comments. I do look forward to welcoming you more in this virtual home of mine and to drop in at your home. It is always great to find a kindred soul.
March 1, 2013 at 10:34 PM