Writing - An Art of Discipline 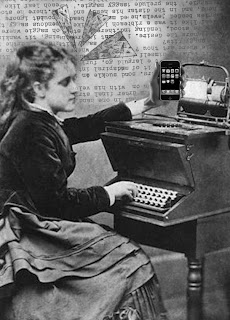 We grow up romanticizing a near-crazy image of creativity. I call it an image because it is nothing but that- an image, unreal, untrue, fantastical. No creativity can survive indiscipline. We grow up imagining writers to be people oblivious to any idea of discipline- eternal rebel, lost in their own world, not to be bothered about the world in which normal beings live. Unkempt in appearance, untidy in living and uncouth in behavior. That belief is absurd and is propagated largely by people who are either not writers themselves or have not had met the real writers.
Most art requires some basic training and that basic training brings in some amount of discipline, some pattern to their practice. Writing doesn't usually requires such training. Writing is all based on self-discipline. It doesn't require a specific training to be a writer, though I would tend to believe that trained writer can produce quality work with much ease than untrained ones. If you can speak, have something to tell- you can write. But one doesn't become a writer merely by the fact that one can write. Discipline is something which separates a non-serious writer from a serious one, or the one which we ought to take seriously.
Each writer comes with his or her own idiosyncrasies which notwithstanding fall in a pattern. There is always a method to madness. It is fairly common (a casual visit to author interviews on Paris Review would substantiate it) for authors to have rigid schedule to their writing lives. They don't drown their nights in drinks and sleep through dawns. They take care of their health, write in scheduled time and balance out the rest of their time for family and other engagements. You might begin writing on the back of empty cigarette packets at the roadside tea-stalls.  But you can not live with that. Quality writing will take more than enlightened minds, it will take a disciplined, hardened soul and an firm determination. It is a lonely, sedentary profession and as a necessary corollary, as a writer you will not have the advantage of community, to urge you to be healthy, to pique you into improving your writing. You are essentially a lonely traveler in the middle of the desert and the compass to liberation lies hidden in your own heart. It is youthful arrogance which makes one claim that one doesn't edit his or her writing and that one doesn't read anything. Reading isn't plagiarism, it isn't even inspirational, that being a pretty clichéd term. It is private schooling of the writer. You read Dostoevsky or Conrad or Scott Fitzgerald and your read them as if they have captured the black board and are talking from the podium to the class in which you are a solitary student. But then reading would be subject of another post. Why it appears here is to emphasize that writing is many things apart from the doodles you scribble on your notebook.

Writing will involve doodling in the journals, reading, communicating with the readers or promoting, marketing and in today's world, creating a social media platform. It would also mean revising, deleting, pondering and immersing your own self in the writing that you do and at times, unhappy with yourself, throwing away half-written manuscripts. It also mean writing essays, poems, op-eds as exercises to hone your skills and sharpen your shootings.

These all things will make up for your writing life and therefore, you can not argue with your wife as the soup on the dining table grows cold and you write half-hearted passages in between half-hearted conversation. Writing is the only profession in which you could be looking out of window for an hour doing nothing and still be working. It is not without purpose, the quality of your writing will shine through what you write after waking up from such a reverie. Writing is work, it is entrepreneurial venture and like any such venture it rises and falls on how much of yourself you can put to stake. You need to be healthy, else your work suffers. Even Nietzsche, suffering with severe headache, failing vision, tried his best to stay healthy- given his circumstances. He did not write extra-ordinary because of his precarious health, he wrote exceptionally in spite of it. Most other professions interface with the external world, but not writing. Not until the finished good is out in the market. You make a poor shoe and put it out in the market, people will tell you how bad it is. You write bad and it stays hidden in the covers, if you are lucky to be published or in the top drawer of your cupboard if the world, at large is luckier than you. It is your own solemn responsibility to your own talent to nourish it to health and to polish it to splendor. Discovery of your potential isn't a happy thing, it puts the onus of realization on you. Your life will never be same and discipline will be the only thing which will carry you through. There is no point in hiding behind lack of time, Anthony Trollope produced a formidable body of literature while setting up British postal network. Surrendering to discipline isn't a proof of lack of talent, Kurt Vonnegut's day began at 5:30 AM, every day, had fixed hours for writing. He would swim during the day at destined hours and an immense fountain of talent lived in him which does not need my word for evidence. Haruki Murakami would get up at Four when writing the novel and work till afternoon before going out for a run.

This is the truth I have discovered through my failings and am still struggling to make good of. Would love to hear how you are faring with ever-slippery thing called discipline, which wears a serpent's skin. I would love to hear how the day for my fellow tribesmen (and women) pans out. I am eager to know how you manage your days, and draw inspiration from you. Writing is a demanding passion and it draws blood from your being for nourishing it's own body. It is imperative for us to stay healthy and follow our calling in a disciplined manner. Keep striving and keep writing!!