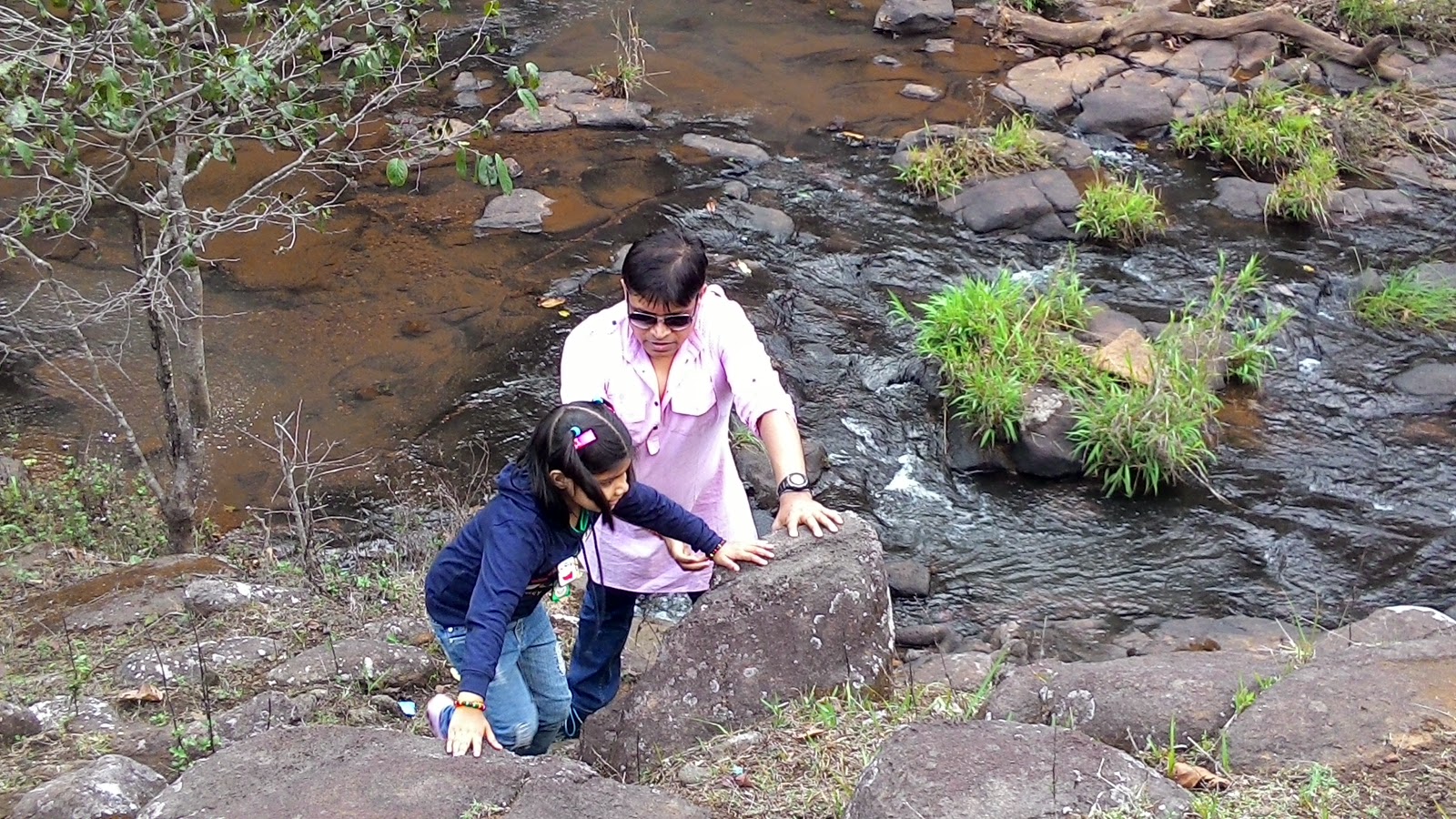 Fatherhood is not an accident of nature. I had once posited on my Facebook page and many friends seconded that opinion. You do not become a father by having a progeny. It slowly dawns over you as you struggle to understand what all it entails.

You rush to the airport as the flight is about to close, and your five year old wanders like a little rabbit from the bedroom, eyes still closed and you forget the work, forget the flight. You walk to her and kneel down on your knees and kiss her on the still-closed, sleepy eyes with the sacred dedication of a worshipper. You start to understand fatherhood at such moments. It is not a truth like Newton's apple which falls at some recognizable moment on your head. You learn it slowly. It is a series of moments when you do things which never imagined yourself to be able to do.
I remember the cold chill which ran through my spine when my seven-month pregnant wife tripped while getting down from the car. I almost wept but there was something which wanted me to keep a brave face as you handed over orange juice to my worried wife and waited for the child in the womb to kick and announce her well-being. That was fatherhood.

I remember, climbing down the stairs with my six month old baby with perfect head full of still amazingly soft fur of hairs on her head and slipping. I still do not know how I could ensure that I slipped on the back and take the entire impact on the spine with the baby perfectly cocooned in my arms. I still think of that fall. Wasn't a perfectly humane response to such a fall would have been to turn and bring arms forth to resist the fall? But I couldn't bring the arms forth. That was fatherhood.

I took to writing after she came in. Well, not entirely true. But I did get my first collection of essays published after She came in. I wanted some way to leave behind my thoughts for her. It was something of an inheritance that I decided, I wanted to create for her. I then published a collection of poems, set up this blog and even, on occasion started telling some people that I was a writer as an answer to the question of ,"what do you do?" albeit with some sort of embarrassment. Some friends, out of kindness, appreciated what I wrote, not knowing what beast they were unleashing in the process, exposing themselves a lifetime exposure to bad prose and silly poetry. I found a great reflection of my feelings when I read the interview of Nicholson Baker, where he wrote that,"when you get a child, you get a surge of emotion, or you get a surge of hormonal urgency, to get something done, something worthy of your new station in life." So I wrote with a sense of urgency.

I wrote on several things, between sluggish sales quarters and I wrote on many things. I began a novel which is WIP for last three years. I blog on lot many things. In blogs, I have reached out to lot many people. I went through great advise on how the blogs ought to be focussed on one particular theme. I could not find a theme as I would write as my mind would wander. I wrote a lot about parenting and fatherhood as my child occupied most of my thought. Even the novel that I am trying to write is intending to tell a story to my child. I do not know if I will write another one after this, and I do not know if she will be a part of it. I still do have a feeling that if I end up writing more, she may become Charles Marlow to my stories, just as eternal narrator for Joseph Conrad.
My writings have been written in some way or other by fatherhood. It was a result of my search as a father to find what best I can possibly become and making efforts towards it. That is one essential ingredient of fatherhood. It makes a man try to be better then he has ever been. Why this particular post comes at this time is because I met a college friend last week which in itself a satisfying and happy thing to happen. What made the happiness extend beyond the ordinary joy was that she spoke of my writing. Even further, she said that she enjoyed my posts on parenting as they seemed to have been written from a mother's perspective. Now, that was new and I was initially taken aback. But once I let it sink in and thought of it, that could be the best complement I could have got. A great father is nothing but a man trying to become an average mother. Parenting comes naturally to mothers, men have to work towards it. I had multiple thoughts to write about this week, but then I decided to bask in this sudden kindness which a friend decided to throw my way. I do hope you find a ring of truth in this post and be happy for me.