The Sketch of A September Sunday

September 20, 2014
The Sunday isn't rushed. It calmly waits with the benign sun resting over its shoulders.
Voices are slowly breaking in.
The cycle shop opposite my place has opened up, with metallic sounds rising in rhythm as they take out their tool.
The plants on the terrace dance in the mild breeze.
Everything mild, nothing harsh, nothing hurried.
The morning milk market Is already gone, without trace
Except for blue crates.
Men on cycles ride by.
I think, men who ride cycles are the first to wake up on Sunday.
Autorikshaws are out. The man on the bike, looks bothways at the turn, confused, and then rides straight. The sun has laid its hammock over the trees and the morning languorous and glorious, lies in it. The newspaper lies neglected on the terrace. 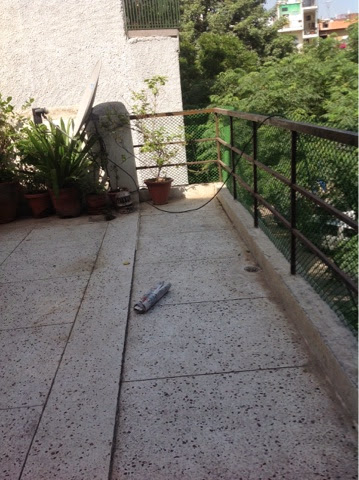 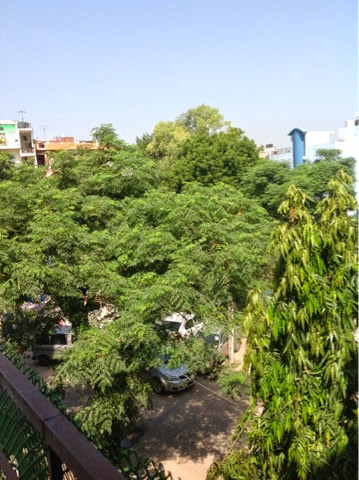 A man with long tattoos on his arms walks in from the lane in the front. He is wearing a strange kind of pants. Sardarji follows him on a bike, his turban vibrant as his face his. Someone shouts in the cycle shop. Human voices still struggling against vehicular noise. The pigeons looks happy, purposeful, not having a Sunday? Winters aren't here yet, but days are calmer. The earlier sternly face isn't there, like that of a father who kid, just turned eighteen has already made up his mind. This is the time, before the chill of empty nest descends. Parents are in Kerala. I think of them, tried calling them yesterday. Their phone is switched off. Must call again. I am their guardian now. Even when the image of my mother holding me in her arms, a two month old, with father in uniform, sometime around 71 war in Pathankot is vivid and alive, I know, I am now the guardian to them, to watch over them. A little girl in saffron kurta runs in the street, purposeful, like the pigeons. As a child, we always have purpose. Too much of deliberations kills the direction, until the time when we no longer know where we were going. Th squirrel plays on the tree in the front. It sits silently, having noticed that it has been noticed. Watchers always kill the beauty of innocence. The riot of green dances before me, like an orchestra rising to the rhapsody. The day has begun. Three kids walk by, that reminds me, Nonu is still asleep. One fine Sunday, one benign, blissful sunday. 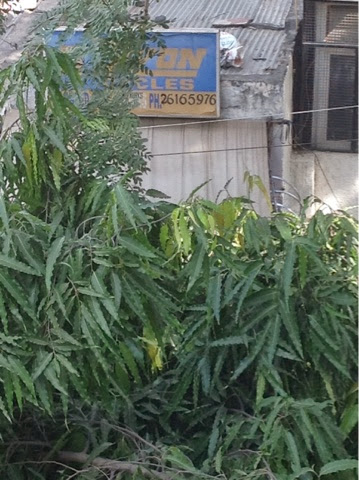 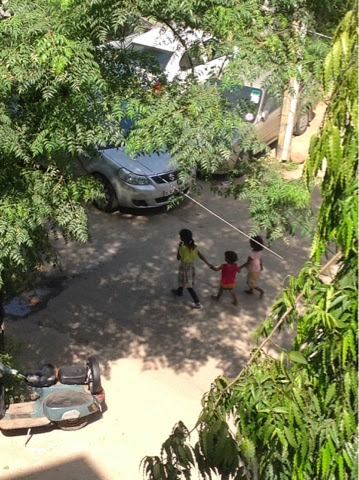