Why Writers Should Read the Classics

November 03, 2014
(The Article was first published on Literary website: The AirshipDaily.com)
Despite the seemingly formulaic success of modern bestsellers, one writer argues that the classics are where authors should look for inspiration. 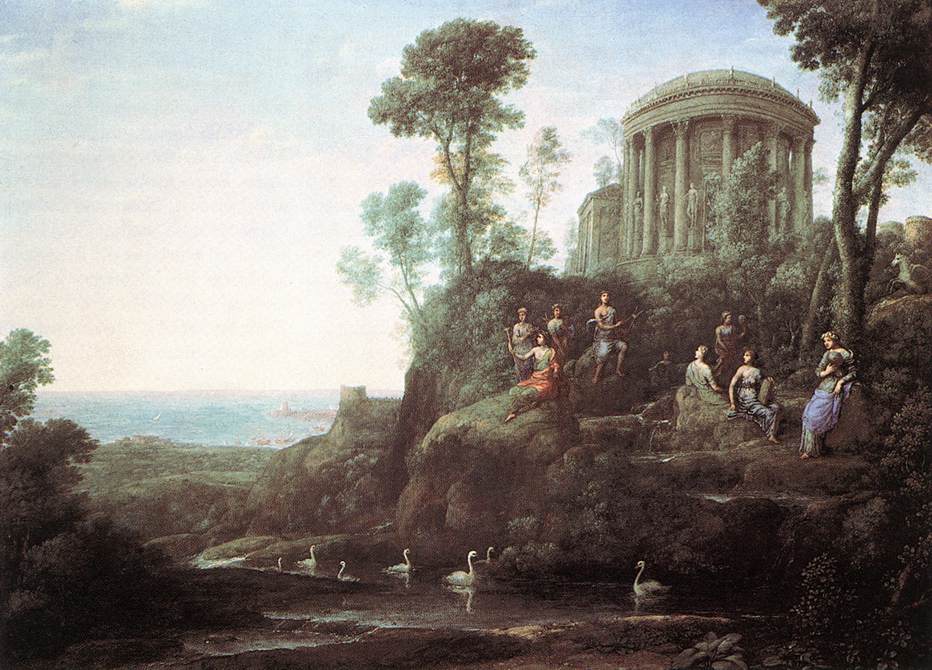 “Apollo and the Muses on Mount Helicon (Parnassus)” by Claude Lorraine, 1680 (via Wikipedia)
Pursuing a typical Indian middle-class dream of becoming an engineer, my exposure to classic literature during my adolescent years was dismal. It was only later in life that I came across those great names, attempting to school myself as a writer by reading Hemingway, Fitzgerald, Twain, Maugham, Bronte and others. I was awed by the beauty of what I discovered, which was hitherto hidden from me as a casual reader and occasional writer.
But it was with trepidation that I read, with fear of their brilliant writing influencing my own. Books are now written according to calculated formulas of success defined by clever marketers. It is not a good moment to be influenced by classical styles marked by slow-paced, intricate storytelling — or so I thought. Yet the more I read, the more I was convinced that classic literature could and should help me mature as a writer.
The classics illustrate for us the possibilities that language holds if only we were patient enough to look, dedicated enough to try. They inspire us to overcome the sloth that makes us use words carelessly. A modern writer might get away with less under the garb of realism (e.g. “She was a bitch”), but that will not stay with you, not like “Coquetry runs in her blood, blends with her brains, and seasons the marrow of her bones” (Jane Eyre). Charlotte Bronte is no rush to finish her story. She wants you to see and feel and understand these people, her characters. 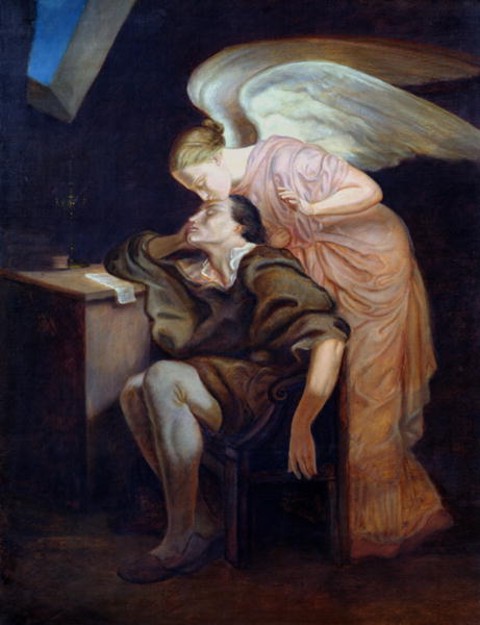 “The Kiss of the Muse” by Paul Cezanne, 1860 (via WikiArt)
More importantly, the classics persist because they are timeless.“It is a classic because of a certain eternal and irrepressible freshness,” Ezra Pound once wrote. It hardly matters whether they were written in the Jazz Age of The Great Gatsby or the Victorian era of Jane Eyre, these works transcend their contexts, and it is this very timelessness which defines them. They are perpetual lighthouses.
The classics are able to achieve this timeless quality because they are not descriptive; they are introspective. They are not focused on the world in which human emotions exist, but on human emotions themselves. Reading “The moon shut herself wholly within her chamber, and drew close her curtain of dense cloud: the night grew dark; rain came driving fast on the gale” (again, Jane Eyre), you understand, rather than the banal weather, the emotional turmoil of the character. Indeed, the external world only seems to exists because of the character’s internal feeling, the landscape taking the color of her emotion.
We, as readers, are able to find our own feelings in such words despite the distances between us and the time and space they were originally composed in because those emotions are universal. The world which surrounds these feelings may change, but the emotions themselves do not. Consider, from Heart of Darkness, the lines: “She carried her sorrowful head as though she were proud of that sorrow, as though she would say, I — I alone know how to mourn for him as he deserves.” Simple words but an ache rises from the heart of even the modern reader, for who wouldn’t want to be loved thus?
Great literature ought to have, to quote Charles Augustin Sainte-Beuve, “discovered some moral and not equivocal truth, or revealed some eternal passion in that heart where all seemed known and discovered.” Writers should employ eloquence because they want to whisper their truth to you. In this way, the classics are philosophy, with fiction there to illustrate the point. But a classic, contends Italo Calvino, is a book that has never finished to say what it has to say. Don’t we all want to read such a book? Don’t we all want to write such a book?


Saket Suryesh lives with his wife and six-year-old daughter in Delhi. He’s written a collection of non-fictions essays, If Truth were to be Told, and two compilations of poems, and is currently writing his first fiction. He runs a blog called Love, Life and Happiness on family, parenting, writing and, rarely, politics. In a parallel universe, he is an engineer with a Master’s in International Business.
KEEP READING: More on Writing