Infinite Loneliness of an Only Child 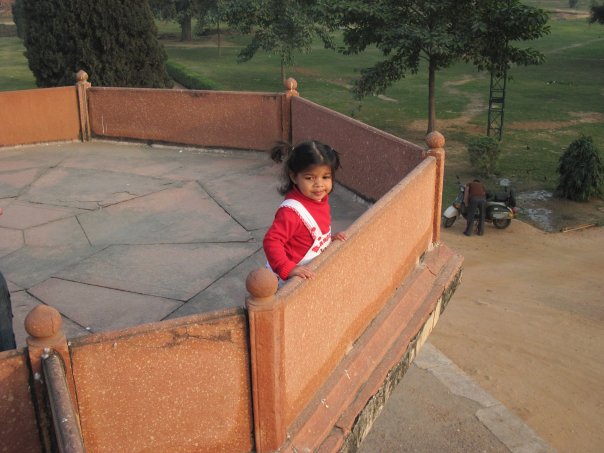 
I would sleep through the summer afternoons as a child, waiting for the evening to descend. I would read magazines and little Pocket-books much to annoyance of parents through the days, haunted by loneliness. I would tell myself, brotherhood or brotherly love is something that can be won over by kindness, charm and what not. I would learn later that you cannot argue with nature. I, in later life, took to writing. Sometimes I wonder why?


When my health suffered, I was to take to some physical exercise. I tried gyms, but with absence higher than the attendance, gave up. Then I took up long distance running and it stayed. Why? What is the common theme between writing and running and why it links to my own solitary existence as a child?


Solitude seeps into your soul as if you were a poorly constructed wall open in incessant rains. You resist, but the water, the humidity seeps in and disfigures the paint inside. A solitary childhood reflects that humid, fungi-infected wall in many ways. The answer is in solitary exercise. To me writing and running is one of them, both being a solitary exercise. They stuck because they did not pretend to have people in them. They are solitary activity of a solitary person.


I look at my kid, riding her little bicycle on the terrace, talking to herself. She says it is a play, a game. She pretends she has friends that she speaks to. My wife, second in a family of four children, shrugs off. She says every child does it. But I can see it. I have been through it. It is a solitary silence that howls through the sad afternoons. You try to be kind. At times, you are there, in moments of support, moments of need before those of the same blood could turn up, and push you away. They will arrive when they have time, turning up with a sense of entitlement. I don’t find it wrong. It is very appropriate. Their sense of entitlement is well-deserved. It is this lack of entitlement which comes the way of only child which is so unjust.


You, being only child, will love those around you as your own. But when it counts, where do you stand? You stand as a stand-by, as a substitute. I have been a little child, and I have been an only child. I know, that child in me, still looks out the windows in the first rains. He still turns around charmed by the beauty of the first monsoons, leaving behind a droplet, slowly travelling the steel window bar. He still looks around to share those moments of tranquil happiness and also he reaches out, lunging towards shadows of feigned relationships to share the moments of sudden sadness. He still believes there is an older brother somewhere in a boarding school- hopelessly and childishly. He finds no one and then he writes.


I wanted to write the review of The Book Thief, a story narrated by Death. What a lovely book that is. It has a little girl, Liesel living with her foster parents, with her papa reading to her, teaching her new words and playing accordion to her in Nazi Germany. But I could not write that. Not this week, not today.


I had my cousin brother visit us for couple of days. On his leaving, I found my seven years old suddenly in tears. I know, my wife, or anybody who has siblings for that matter, will call it a drama of a child. She says, she will miss talking to him and weeps. But I could smell it. The lonely, single child in me can smell it in that fleeting moment of emotional breakdown. She is not the first seven year old to cry. Kids cry all the time. And then another moment, they find something interesting and smile again. She also smiled, suddenly as she always does. What breaks something so badly inside that it'd still creak if I were to laugh one of my phony laughs even today is that she said for the first time that so often she has no one to talk to. With her parents, trying to win a battle of survival with the world and her grandparents trying to win a battle with her parents on behalf of a society which largely doesn't care, what options can the kid have? The honesty- the brutal, sharp honesty in that sentence washed in tears plunged deep in my breast.


It is the same story of a wall weakening against incessant rain, of seeping waters. I can smell the pungent smell of rain falling on the arid summer soil. Even when the summer is far to go. I can smell it, I can smell the infinite sadness of a solitary child. I know she will try to fool herself, with friends, cousins.  She will even be best friends to strangers she meets in her life. Single child is always best friend. They compensate for lack of siblings with friends. I know she will realize as people around go away, get busy with their life. I hope she understands this truth quicker than I did and then start reading, writing, or running. Then you will not have to pretend that your father is your elder brother. Suddenly, I understand much better why Liesel turned into book thief, in The Book Thief. Books are only relation that orphaned girl finds which will survive the transient nature of time. That's why she read books through the world war, and why she eventually became a writer.
I know, she will also smile and have a life of her own someday. She will look at me and tell me that she is alright. But I will know, and we will get sadder together in conspiracy, conspiracy of two only child. I know that smile will hide the infinite sadness of being an only child. I can only tell you, I know. I will never try to fool you into believing that you aren’t alone. You are, sadly, but you will learn faster than me how to handle it. Yours is my life twice-lived. And you are much loved.

Pooja Priyamvada said…
I am an only child but I have met plenty of people with siblings who are lonely too.We can't generalise.
May 30, 2015 at 5:44 AM