Writing on Independence Day- Yet Again 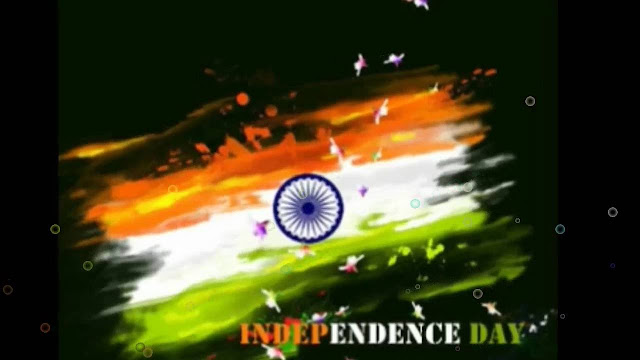 There is an advantage of being a blogger over being a columnist. One is not tied up to events and deadlines. I have earlier also written on Independence Day. This time, I thought I would take it easy. I thought, I would rather let myself laze out through Rain-drenched days of Delhi, read Virginia Woolf, watch kites flying high, and take pride in the sight of Tricolor fluttering in the enthusiastic Monsoon Breeze. But here I am writing again. On Independence day.

I am writing on account of some unsettling things which have happened over the last two months, gets worse over the day. And no, I am not talking about the intolerance. In a nation, where soldiers are shot everyday on border, women get raped and killed, without a whimper, unless they fit the political agenda of political and thought leaders, the mass outrage on beating of people is more outrageous than the beating itself is. Further the same people who are working on the well-designed, although largely exposed agenda, are relentless in service to the powers-that-might-be hell bent on destabilizing the nation. If that breaks the nation so be it. A journalist, Rahul Kanwal, today wrote about Army symposium on Geeta, which is less of a religious tome, more of a philosophy. Immediately, a journalist with NDTV, with known leaning against the current government wrote asking if they also covered Quran and Bible? It is any day disgusting to communalize the Army, even more on 14th of August. Something snapped and I am writing this.

This began with 2014 General elections. There was (and is) a well-oiled, well-crafted ecosystem which always wanted to maintain the status quo. Do not get me wrong. They do not love Congress and hate BJP. What they hate is change. What they loved was what Congress has come to represent over the decades of Independent India- a world-view stuck in history. It is a world of courtiers, a world of Zauq with no space for Ghalib. The spaces of public debate was allocated to them- The English-speaking, good-looking, stylized and suited for TV studios, DU graduates whose world began and ended in Delhi, and mostly Post-graduated from abroad with powerful connections. That anachronistic, monarchic world of Congress protected their Journalistic Zamindaris. That explains their loyalty to Congress, they derived their power from there. They were also OK with, to borrow from Arun Shourie, Congress with a Cow jibe on BJP, BJP with an Advani. They did not love Advani, rather hated him. Still he represented the old world, where the schemes of this intelligentsia could propagate unhindered.

But then Social media happened, and while the Satraps of Mainstream remained lost in their Shatranj Ke Khiladi moment, deriding the unknown, unwashed masses, the tide turned and Narendra Modi was their in the driving seat. It is not that Social media was the making of Modi. On the contrary, it was democratization of social media, which created the space for Modi in National polity. To his credit, he did not fight it (unlike his ministers like Maneka Gandhi and couple of MPs), he rode the wave. When the interpreters are not there, honesty of the person stands. This is where Modi fared. He and his cabinet paid heed to those who earlier had not voice. This made the travelers through power galleries of Delhi redundant.

This change in polity hurt the whispering, conniving cult of Lutyen's Delhi. The world changed for the unwashed natives who suddenly found their voice on Blogs, Twitter and Facebook. The established thought-leaders and opinion-makers struggled for relevance. The so-called custodians of national conscience suddenly realized that they were so out of touch with the reality. The had no space in changed regime, except as an equal to the citizenry. They had ignored the waves of change when some of them had threatened to run out naked in the event of Modi becoming the PM. Thankfully, they did not keep their arrogant and foolish word for it would have been a horrendous sight. The new dispensation did not speak to people through them, cabinet positions were no longer meditated through them, policy decisions were not disseminated through them.

The change had come. Suddenly very-articulate, very well-read voices started to flood the public discourse. One can only wonder why we never earlier had read them in National dailies or heard them in Television debates. They were independent voices which defied the ground rules and refused to tow the line.  The melodramatic, fact-less, rhetorical drama of mainstream media was now routinely called out on nameless, faceless people on social media. While they lost their power with the change in style of governance, now they lost their repute by rhetoric and falsifying the information. With no hidden agendas, no ministers to appoint, no TRP to address, these truly neutral voices found friends in the government led by a leader who was not a part of Lutyen's Delhi. They were called "Bhakts" by intellectuals in derision, which is an irony, if one looks at how the same people took the government to task when they would it deviating from the idea of India- the popular idea of India. This further infuriated the cabal as their citadels of power crumbled about them.

They sided with Congress, humiliated, defeated, out of power as a result of corruption and dynastic politics. Congress to them represented a world of absolute power, naive consumers of news and no voice to counter them. The game began. A sad, but innocent suicide (10th such in the University, 9 in earlier regime did not agitate media or Congress leaders) in Hyderabad became a stick to beat the government with. This was quickly followed by JNU, where the national media openly sided with those calling for the destruction of the nation. There was nothing hidden, gloves were off, masks were down. Old media went about threatening individuals, who pointed their dishonesty. Journalists were fighting with people for whom they wrote, who they claimed to represent, soldiers, students, professionals. Anyone who objected to their vile politics was a Bhakt. Student leaders with 300 votes in the University with 15oo voters, backed and funded by opposition parties, were propped up by media as an answer to a mass leader who rose to power with absolute majority, in election among 125 Cr voters. Anything and everything would go. People getting thrashed churned the stomach of a reporter who stayed blind to a Dalit girl, Jisa, raped and killed in Kerala, merely because that would have implicated the political party she favored. A decorated General made speech on military strategy, quoting 1971, calling for destruction of Pakistan, which has been sending more terrorists to India then Ghazal Singers. No national media thought of covering it. A student, under-grad called it hate speech and that was newsworthy.

A public spat happened between journalist who decided not to call AK 47 trotting terrorist a terrorist and another who wanted to call the slain terrorist thus. Now is not the time to play neutral. Daggers are drawn, masks are off. Suddenly, being proud of being Indian is being old-fashioned, illiterate Hindu. How are the media, the now discharged-of-duty conscience-keeper intelligentsia celebrating the 70th Independence day? Questioning the size of the flags, calling an even of patriotic fervour hyper-nationalism.

The old-world power ecosystem of Indian Polity are diligently designing the methods to fracture the society. Left-Liberals are making the narrative of Dalit-Muslim solidarity. It is so absurd and outlandish. It would take another post to cover that. Left is atheist, Muslims follow their religion to the dot, and they are friend. Muslims really think left will let them follow the religion if the nation of Leftist's dream is created, or Leftists really believe that Muslims will become Atheist comrade, once the idea of India- the democratic, secular India is defeated. And there does this leave the Dalits. Same place where they were in Pakistan and Bangladesh in 1947. Their choice is not between democratic India and Leftist-Muslim Government as in Pakistan, where they will become crowd to convert and chant, "Insha Allah, Insha Allah." That is no choice at all. Their choice is between Una- Model and Kerala model. Una model, can transform from thrashing (politically staged or not) to social equity, Kerala's Jisa model ends in death and silence. We escaped political slavery in 1947, Constitutional Slavery in 1977 and eventually, intellectual slavery in 2014. There is no going back. We need books and library to continue moving on this path and thwart the designs of demagogues with questionable integrity. We need to free knowledge from the clutches of few privileged ones and they are bound to not like it. The nation is its lands, its symbols, its forces, its citizens, but it is much bigger than all of it put together. We cannot let it fail for petty bickering. Let us overwhelm this bickering with a resounding Bharat Mata ki Jai or Jai Hind, if you like. Lets stand as one nation. Let us pledge to be the citizen, our soldier will be proud of defending. Let's pledge to be the soldier, our citizen will be proud of deifying. This is the day to celebrate. Happy Independence Day. Hold the flag high and don't be bothered about the questions on the size of the Tricolor.

My other posts around the same idea:

Independence Day and Our Kids

Patriotism on Social Media- Thoughts for A Soldier