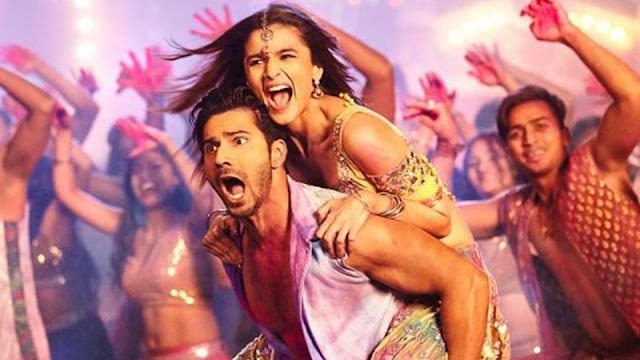 Recommendable: One time watch if Someone else pays for ticket

I do not usually review movies. Movie review is tiresome and useless. If my memory serves right, the other movie I had reviewed was Pan Singh Tomar (Read the review here). I am a movie buff and continue searching for new releases to fill my weekend with. Of late, I mostly enjoy children movies, not only for the fun of watching it with daughter, rather for the strength of content. For instance, the animation movie Zootopia had the strongest political satire, most creatively crafted in the recent time that I had seen. I have been contemplating reviewing movies. It might not be as good as the book review which I have been regularly doing, but forgive the slips as it is a start.

Badrinath Ki Dulhaniya is a lazily made movie. It begins in earnest, a bit like the low-budget and much appreciated Dum Lagaa ke Haisha- a movie on incompatible couples resulting out of arranged marriage, in similar small town backdrop, made with a lot of affection, every shot a proof a great attention to detail. Another movie one similar subject which comes to my mind, had come long time back, the Rajpal Yadav one, Main Meri Patni Aur Woh. This movie begins with a strain of honesty, the dialect, the contextualization, the whole small-city sweetness. But right about the time it begins to nudge at the right places in your heart, Karan Johar happens to the movie.

As is his wont, he wraps the movie in such absurdity that one can only feel sorry about the story which slips into the zone where the gap between stupidity and fantasy ends. The beauty of a story well-told is that it opens itself at its own pace, neither too slow, nor too fast. Whatever slight signs that Shashank Khaitan might have left on the story are quickly wiped off by the ready-made righteousness of Karan Johar, a modern celebrity syndrome, always in the constant search of a cause. The laziness, the lack of research is too stupendous to ignore, unless someone has paid you to review the movie, and paid you too well to ignore the flaws. The chief villain, Varun Dhawan's Badri's father, an orthodox, women-hating, casteist Amarnath Bansal; let's call him Manuwadi, beating whom with the stick of fake reform will make the movie suit the shallow sensibilities of current, hindu-bashing generation even more; represents regressive forces of Indian society, which still, as per Mr. Johar, flourishes in Tier-2 cities. Badri is younger son of Amarnath Bansal, a car dealer and some sort of money-lender in Jhansi and Alia Bhatt as younger daughter of a lower-middle class family, Vaidehi is from Kota in Rajasthan, who meet at a wedding and it is love at first sight, even if one-sided.

Only Karan or Shashank can explain as to the wrong choice of surname they pick for Badrinath. Amarnath Bansal turns out to be as Bansal, a Vaishya, the business community, and for some strange reason, the elder daughter-in-law of the family turns a Brahmin. No one bothers to explain that how the deeply orthodox patriarch came around to not only except a Brahmin daughter-in-law, when it comes to choosing the daughter-in-law, he again settles for a Brahmin girl in Vaidehi for Badri. But than social contexts are not important for Karan as his focus is on feminism, which is the flavor of the season. Half of the movie is Alia, an ambitious small-town girl ditching Badri, in her quest to establish her career. We do not discover the intellectual side of the independent woman, but merely find her surfing the websites of Air-hostess training companies. She moves to Mumbai and then quickly to Singapore, probably to satiate Mr. Johar's plush and posh creative hunger for foreign locale. Badrinath remains a good-for-nothing, who stalks Vaidehi in Singapore. Vaidehi, absurdly falls in love with the stupid stalking by a non-graduate young man, and an unsuspecting audience is left groping in dark, throwing arms in air helplessly, and throwing the question heavenwards- why, Vaidehi, why? One would have thought that leaving college education apart, writer could have made some effort to establish the goodness in some other aspect of the character of Badri which would explain Vaidehi falling in love. But no such effort is made and the audience is left to invent his or her own reason for this love which stands on thin air. Only plausible explanation seems to be guilt. It is not easy to appreciate love as a means to absolve oneself of guilt.

The second half of the movie revolves, to my mind, around Vaidehi's attempt of assuage her guilt-ridden conscience, having abandoned Badri at the wedding, which probably ends with her falling in love with Badri, as if compensating Badri for his public humiliation. The resolution is as lame as the climax when Vaidehi leaves her job and comes back to Jhansi to establish her own Air-hostess training institute, and Badri continues to remain a good-for-nothing, good-looking young man. Amarnath Bansal discovers his liberal self. It only takes one righteous speech by his useless son to make a liberal out of the hopeless tyrant. Both Varun and Aalia have done well adopting to the tinge of local dialect, though to those who have not grown up in South Delhi or South Mumbai, the accent is closer to Eastern UP and Bihar, than to Kota or Jhansi. But then contextual reality is the weakest part of the movie as I had mentioned earlier where a businessman is made to appear like an old Rajput Warrior. The movie moves in jerks and ends suddenly. There are usual Karan Johar traps where Alia's innocent soul finds voice only in the moments when she ends getting drunk. One feels almost thankful. The movie, I understand, is commercial success, perfect timing for release, Holi weekend, no other strong competing movie. The movies is not stimulating to the mind, but, at the same time, is also not inspiring to the heart. It thus falls short on both the purposes of art. It is a movie that fails on account of the lack of sincerity on the part of its makers.