Caste and Dynasty - My Take 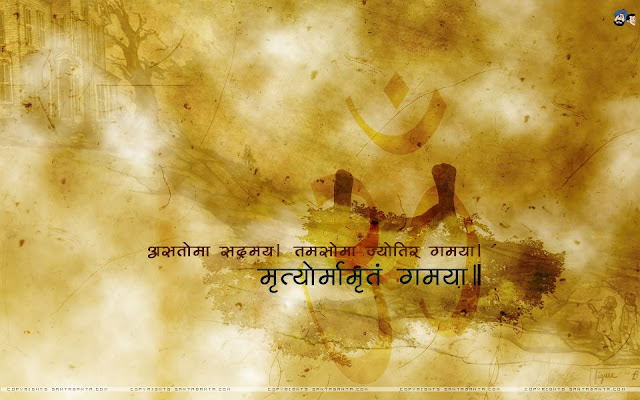 The Bard am I, my father, a healer;
My mother grinds Corn in the quern.
Striving for wealth, with varied plans,
We follow desires like a herd of Cows.

The above Hymn from Rigveda, which is not intentionally a social commentary of the times to which it belong, explains how men (as early as 3000 BC) would move in one direction or other, as they deemed fit, making their career choices, unhindered by their parentage and birth.

The Congress scion Rahul Gandhi came up with eloquent response when asked about dynasty in politics during his US tour. He brazened out, brushed the charge aside and claimed that dynasty is the way things are done in India.

After his travel to the US, which was much celebrated by the media, such blatant nonsense notwithstanding, he jumped into the Gujarat electoral campaign, with a newly found love for Hinduism. Having presided over Congress’ rout in both Gujarat and Himachal, thereby making two more states free of Congress rule, and in some convoluted manner, gaining what he calls a moral victory; Rahul Gandhi is not trying to resurrect himself as some kind of Dalit icon.
The man who suddenly became a devout Hindu, demonstrates his ignorance about Hinduism so blatantly that it is hard not to notice it, unless one is paid to not notice it. He is the same man who advocated and justified dynasty, which is nothing but right to a position by virtue of birth. Today, he has propelled his rudderless associates as some kind of revolutionaries fighting Casteism.

Casteism is nothing but dynasty gone brazen, broadbased and viral. When one person claims that he or she has a right to certain role or profession in the society, it is dynasty. When a group of people claim to have dynastic rights, it is casteism.

Caste is not a Hindu term. Varna in Hinduism was never a rigid construct. The Vedic society was humanity just settling out of the caves and jungles. It was important that those who knew the skills pertinent to one particular profession stuck to it, further developing and honing those skills. A society which was largely democratic, and non-aristocratic, did not classify the work as lower class or upper. Iron-smiths, for instance, on account of an important role in the society, were much respected lot.

Brahmana denoted awareness and referred to people who went after spiritual and philosophical knowledge. Once they gained the knowledge, being educated, they were considered to be reborn. With these two births- one animalistic, and second spiritual- they were called Dwij (Twice-Born). Vishwamitra, a Kshatriya by birth, a non-Brahmin became a Maharishi – a great Sage.  The beloved daughter of Manu the First Monarch, Devahuti, would get married to a non-warrior, Sage Kadarma, and write Hymns for Rig Veda.

Someone like Rahul Gandhi cannot understand a world, thousands of years back, when a King Dustaritu was expelled by his citizens for his wayward rule (Satapatha Brahmana). Even in those days of Monarchies, Monarchies were not despotic and dynasty was not guarantee to continuance of the king in power. Once we negate dynasty, only then can we truly negate caste.

While it is important for the state to offer equal standards of education to create men and women equally ready to handle the future challenges, softening the challenges for one particular community on account of the sufferings of those who had suffered at the hands of others, a thousand years back, is unjust to my mind. Caste-based reservation is nothing but a form of reverse-discrimination. A positive politics is not based on hatred. The social engineering which forms the part of modern Indian politics is based on hatred. It bases itself not on coming to terms with the wrongs of the past, rather in negating the past. It aims to create rootless people with no sense of History. Also reservations continued beyond the first generation of beneficiary hurts the cause of other members of the community left on the margins. The family or caste which benefits by reservation strengthens itself and keeps on cornering benefits which ought to have flown deeper. This create a new caste system within the downtrodden masses wronged in the history.

If we are intent on clearing ourselves of the dark shadows of casteism of the past, we need to first remove the signs of dynasty. The fluid Vernas gave way to rigid Castes in Hindu societies when learned Brahmins who had spent their lives gathering spiritual, scientific and philosophical knowledge, began to insist that their hard-earned positions be passed on to undeserving progeny on account of their birth. This caused us harm in two ways. It broke the society into the masses and entitled elites; at the same time resources available to the non-elites dried up, while the descendants of the elites grew lazier by the day, not interested in reading, learning and growing with a guaranteed future on account of their privileged births. Brahmin scion of the Congress is not different from those undeserving Brahmins. You want to fight Casteism, first clear the society of dynasty, in polity and in everyday lives. Plucking people out of their historical heritage is not a way of fighting. That is a nefarious design to conquer a civilization. Let us all remember it on both the sides of Dalit and non-Dalit divide created by the forces intent on breaking India, in order to bring the undeserving dynastic despot with stupid faith in his divine right to rule, back into power.

Let us remember that Hinduism is not about castes. It is a story created by the dynastic parents who wanted to protect the future for their undeserving offspring. Caste-system was created by those who believed in dynasty and was used by those who were stupid and lazy. Forces are in play trying to malign Hinduism on the basis of greed of people. Hinduism has no space for Caste. In SrimadBhagvatGita Lord Sri Krishna , without any ambiguity, ruling out any division based on birth, says-

The four Varnas are based on the character and actions of Human beings, and even I as creator of Men have no knowledge of that.
(Chapter 4, Shloka 14)
Hindu-bashing is a political tool for the so-called liberals running a different agenda. Their agenda is political and is based on civilization struggle. Their success in making us be resentful, apologetic and embarrassed about our past. It is only in our learning, we can win over their nefarious designs. Mahabharata in Sabha parva clearly advises the King to treat all the citizens alike in a just manner. Let us not allow ourselves to be deceived. Hinduism does not hate Dalits, on the contrary, it has no space for dynasty.