The Rift in Judiciary- A Citizen's View 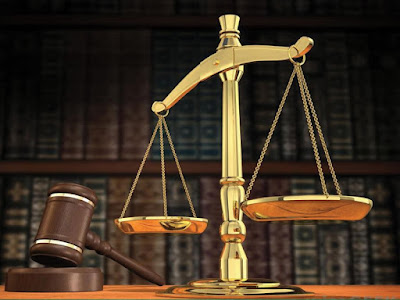 “May you live in interesting times.” – Thus goes a Chinese wish from the ancient times. Thanks to the surprise thrown by the electorate, on the unsuspecting and entitled cosy club of the Congress in 2014 assembly election, catapulting Narendra Modi to the throne of Prime Minister of India, much to the dismay of puzzled Pundits; we have been living in absolutely interesting times since them as Congress keeps struggling to claw back to what it believes is their divine right to rule. Anything short of absolute power of the dynastic despot over the unwashed masses of India is for the Congress, a threat to democracy. With multiple avatars failing and multiple take-offs nose-diving into the dust, the ecosystem was put to task of getting the legitimate heir (if we can use the term in a democracy) back into the power.


From the crafty designs of caste conflicts, failed attempts at engineering riots, Global shaming of the country on account of the fake narrative of growing intolerance, Congress has possibly played its last hand with the mutiny in the highest judiciary.


For the first time in the history of Independent India has the judiciary come out in public as a disjointed structure. Well, if we ignore the resignation of Justice Hans Raj Khanna, on being superseded for the appointment as Chief Justice of India, by Congress PM, Mrs Indira Gandhi, also famous for imposing Emergency on our proud democracy in which entire opposition was thrown into the prisons.  Since I mention, Justice HR Khanna, I think it is important to briefly tell that story, since the currently four musketeers are being positioned as defenders of democracy by the media and Congress, which if it has not scripted the whole sordid affair, is at least blatantly trying to the gain most out of the unfortunate affair.


Justice HR Khanna was a Judge in Supreme Court from 1971 to 1977. During the Emergency, in a bench of five Judges, he was the lone dissenting voice opposing the view of Four judges who agreed with the Government’s view that the right to life and liberty stand suppressed during emergency. He contended that the Constitutional Right to Life and Liberty is not dependent on the Executive Decree. Justice Khanna was also the part of judgment defining the Basic Structure Doctrine which defines portions of Constitution as unalterable (primarily related to fundamental rights) in the Kesavanand Bharati vs. State of Kerala. Congress today wants to ride on the discontent among the Supreme Court Judges, inherent or cultivated, calling the current situation a danger to democracy. The submission of the judiciary in the aftermath of Emergency, in front of a vindictive government, with Justice Khanna as lone crusader speaks volumes about Congress’ own record in terms of judicial freedom. When we today mock Pakistan’s human right records on missing citizens, we must remember that we were saved from the dictatorial designs of Congress Prime Minister and Rahul Gandhi’s Grandmother, by a lone judge who stood tall. The New York Times in those dark days of Indian democracy, wrote on 30th of April, 1976 titled, Fading Hope in India (Link)


“If India ever finds its way back to freedom and democracy that were proud hallmarks of its first Eighteen Years as an independent nation, someone will surely erect a monument to Justice HR Khanna of Supreme Court.”


“..Indian democrats are likely to remember only infamy the four judges who obediently overturned the decisions of a half-a-dozen lower courts scattered across India, which had ruled in defiance of the Government that the right of Habeas Corpus could not be suspended, even during the emergency that Mrs. Gandhi declared last June.”


Justice HR Khanna was the lone judge who stood his ground insisting that the Government had no right to imprison the citizens without legal recourse being made available to them. I was a child then, but I was a young student in early Nineties, and I am so glad today that we had a judge like Justice Khanna once. Even if his voice was lonely; it was firm, fearless and unforgiving, when he responded to his colleagues’ contention that the Government had right to arrest people without giving them opportunity to defend themselves, under the laws of Emergency with memorable-


“In a purely formal sense, even the organized mass murders of the Nazi regime qualify as law.”


“The submission of an independent judiciary to absolutist government is virtually the last step in the destruction of a democratic society; and Indian Supreme Court’s decision appears close to surrender.”


From the hallowed ivory towers, today’s political commentators are somehow trying to implicate the government in what they call is never-before act of defiance by conscientious judges, but then they just need to go back some four decades in Indian history to find the real voice of democratic guardianship. And Justice Khanna did not call a press-conference. He respected his right as well the rights of his colleagues, even when they had, as per the quoted article, chose submission over uprightness. He silently resigned. He did not want a particular case assigned to himself, nor did he on record, distrusted his colleague, let alone the CJI. We as citizens do not care how CJI is appointed, we know, this CJI was not appointed through skewed preferences of the Government. Therefore, I would say, he stands for the nation which has no say in his appointment.


However, it is important to consider what Congress did to the Judge who defended the democratic right of freedom. Since the two judgements went against the Mrs. Gandhi’s plan to cripple and stifle democracy, her government superseded Judge HR Khanna when the time came. Justice Khanna was eventually superseded by Justice Beg when the time for his appointment came by a vengeful Congress Government of Mrs. Indira Gandhi. We must not cast aspersions on other judges like Congress spokespersons of today who are demanding heads of earlier CAG, Mr. Vinod Rai and now of CJI, Mr. Deepak Misra, but the fact remains that Mr. PN Bhagawati, one of the judges on the bench did make a statement which came as close to an apology as possible on the said judgement.


The hallowed corridors of judiciary, in which anachronistic fashion and language prevails has always been hidden away from the commoner’s sight, tucked away nicely in its own myth and mystery, what with almost family-enterprise structure of the higher courts, which has escaped democratization of appointments for such a long time. We have suffered strange judgements like banning of festivals, questioning of the History and matter such in silence. In a democracy, being independence is as important as appearance of independence and neutrality. We have seen what was happening, and we suffered in silence to keep the hope of democracy alive. India survives on that solemn hope of the society in which the last man, in his humbled existence keeps the faith in men he elects and sends to the parliament, and keeps immovable trust in the men he never gets to elect, but watches from a distance getting appointed in the Judiciary as guardians to his civil rights.


For a Citizen, Judiciary is not a person. It is not the Chief Justice of India, nor is it the Senior and Junior Judges. For her, the Senior and Junior judges are trustworthy, equally and without any difference. When four judges come out and claim they are coming to the People’s court because sensitive cases are given not to them but to junior judges. And don’t get me wrong, junior judges mentioned here are not inexperienced apprentices. One wonder if one should not have trust in the judicial ability and probity of the judges who fall lower in rank to the four senior Judges. The Judges must introspect and put this sorry episode behind themselves for the good of the nation. When you go to so-called People’s Court, you validate the mob. You cannot then escape its wrath. There is nothing more damaging to a nation than the people whose trust has been broken. Opposition parties jump into this water muddied by the ambition of the senior judges who are at war, at once with both, those above and below them, in action and in implication. We do not hate your hallowed chambers, toga and wigged glory, even when we toil in our own destitute existence. We love stating at you like the Gods, but we do want you to stay true to our respect which borders on worship. I borrow from Dr. Seuss-


But down here at the bottom, we, too,

The letter of judges refers to Anglo-Saxon Jurisprudence. For a rule of law to prevail, it is important that the judges ought to be respected and the respect ought to be absolute. But if that were the principle, let me remind people who call themselves reporters and are baying for the blood of Chief Justice, that He too is as much as a Judge as the Four judges who came out to the so-called Public Court. The four judges have, in my opinion, as a citizen hit above their weight. They have struck at the idea of justice in a democracy. They have also in an implied manner offered the man in the market a glimpse into the mechanization of the courts and the sight is not good. As for Congress, thanks to your unease with being out of power, we have had enough of interesting things for the year already. Please settle down in those damn Forty-four seats of Parliament you could cobble. Don't lean on the short memory of the people. People can remember Justice Khanna, if they are pushed enough.