The Middle-Class Melodrama- My Take on Budget 2018 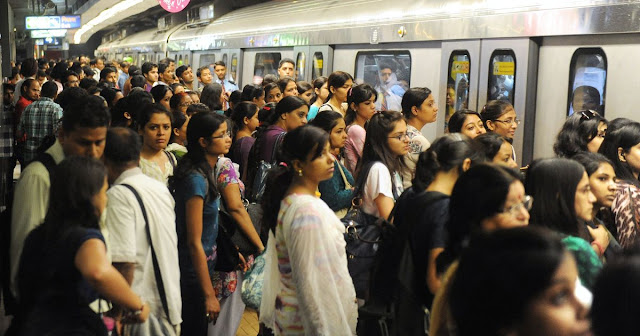 Let us leap towards our just place in the Sun. Let us not waste this opportunity in petty profiteering, let us not allow our thoughts to be muddled in the middle-class melodrama of ours. We are those nameless and faceless ones who are the face of India.

My take on our much dramatized disenchantment with the Narendra Modi Government after Budget 2018:


We are the middle class. We know that we need healthcare in rural sector from where we migrated to become part of New India. We know that we need to modernize our education, protect our heritage. We know that we need to manufacture our own things to get into a war with the world, however just it may be. We know that we need to make our own Airplanes, Tanks and bullets and bulletproof to fight a just war. We know, all these things cost money. We are not ill-educated people. We know it all. We know that to defend both the ideas of India and the concept of Bharat, we need money. We also know that the Government will need money to settle all our outrage. But when the Government collects taxes to be able to do all that and more, we are outraged even more. Our persistent lament in all the years of India’s independence has been that only the 3% of the salaried are being taxed and many escape the Direct tax net. But if we look closely, our major sorrow comes not from the taxes that we pay, rather it comes from the fact that the taxation and revenue generation system of the Government is some kind of bottomless pit, and we do not have anything to show of the money we contribute for the public good. Government schools still did not have public convenience for the girls who dropped out of education system; soldiers went about without latest weaponry and protection systems. The villages are without electricity and the remote is out of Rail network.


We, for the first time, find a Government which is responsive and active on all these points. As they work, they seek funds. As they seek funds, we act pricey. We almost act like a mercenary lot which seeks its pound of flesh, its share of the loot from the king it supported to power. After all the grandstanding about supporting a political party which represented our innermost thoughts in a vengeful civilizational war, we go back fighting for our two hundred Rupees Tax impact. After outraging about our Temples being trampled over and our faith being shamed by powers that be, we stretch our kitchen garden one foot more to annex the pedestrian foot-path in front of our houses. We slip into being that hotel during flash-flood of Kedarnath which sold Chapatis at three hundred rupees. We become the person for the fear of whom the tumblers are tied with a chain the Train toilets.


No, it is not that since the Government is finally working for all the lost years, Taxes have gone up. In fact, taxes are down from the previous regime.  This is what I could gather from the information I could get. I am not a very Tax-savvy person. I usually get all that which can be deducted as Taxes from my income, deduction, partly out of laxity, partly out of stupidity. Still, on account of middle-class initiation into standard Indian dream of becoming an Engineer, I can claim to understand some Maths. Here is what Mathematics tells me.  Today, to attack Modi Government, the dimpled-prince who claims to have dynastic rights to rule over this nation, becomes a BPL guy with a torn Kurta who stood in the Demonetization Queues to withdraw Two-Thousand Rupees before heading for European vacations; similarly, people making a Crore per annum also pose as poor middle-class suffering under an intolerant, fascist government.


I go with the world-bank definition of Middle-class. As per the global median drawn by the esteemed institution, a middle-income person is someone who earns USD 50 a day. This will a conversion of 67 , will be a person making INR 12,06,000.00 per Annum. Now if we consider the standard deductions available to the person in terms of Income Tax in the last Budget of Congress (which incidentally is expecting you to forget the sorry situation four years back and pretends to be your saviour, counting on our short memory and infinite stupidity) and the current budget, which many lament, has left the loyal middle-class in a lurch, we come to calculation below.

When we look at the equivalent figure for this year, post Budget 2018, we have the below calculation:

As we see, when the earlier Government left, a common Middle-class person was paying tax of INR 154000 as against an Income Tax of 122000 today. This assumes that the person concerned has not taken the benefit of Narendra Modi government’s PM Awaas Yojana and bought a home, with a contribution of government, and with a loan at the interest rate much lower than 2014 rates. Deduction on account of Interest on Home Loan was INR 1,50,000.00 in the year 2013-14, which is now INR 2,00,000.00.


Here is how we are better-off as middle-class under this Government than the previous where not only did we pay more; it went down the abyss of unaccountability. That was a government which was not funding the near bankrupt Banks, which was not paying OROP to the soldiers, that was not giving Loan to the MSME, still it was taking more money from our pocket. Since the Modi, government does not progressively reduce our taxes, does not mean we should bring back the government under which we were worse off. As in the case of OROP, as in this case, I remember that famous Ghazal of late Jagjit Singh
"Dil bhi Bachhe ki Tarah hai kissi Zid pe adaa/ Yaa to sab kuch hi isse Chahiye, ya kuch bhi nahin.


When this gap between truth and outrage was pointed out, many came back with new argument- Where does the tax rate takes the inflation into account? I may not be as learned an economist, but my reason tells me two things. One, your increment is supposed to take care of your inflation, not your taxes. A big part of salaried class today is in Private sector. Inflation means that these entities sell products and services now at a higher price. If the salary of the employees was to remain stagnant and reduced taxes was supposed to address inflation; it would only mean ever increasing profits of the private enterprises and lesser funds available with the Government to do work in social sector. Secondly, inflation argument cuts both ways. It would imply that the Government too would need more money to do the same amount of work. Government cannot, in my opinion, be expected to do the job of enterprise.


Another quarrel I have with this charge of budget being Anti-middleclass, is that we presume that we, middle class, live in isolated seclusion. When the senior citizen benefits are given, we young professionals believe our parents will not get these benefits; When trains run up to Arunachal, we presume it does not matter to us that our soldier brother can now come easily home in Holi; when Health insurance is given, we presume that it does not matter to us when a poor maternal aunt dies for the want of medical care in the rural hinterlands of Bihar. I am saddened and ashamed that we threaten a man who listens and works like crazy for us of depriving him of power and brining an incompetent entitled middle-aged person in his place, because Modi could not afford to be partial to men who supposedly campaigned for him on social media and in a self-glorifying way, brought him to power. We all did add to his force, agreed. We were the force multiplier, agreed. But we did not do it for him. We did it for ourselves. Most people on SM are wise and objective. But these tweets, Facebook posts will become WA forwards and a gimmick and propaganda. I remember an interview of a small Tea-stall in some isolated village in Gujarat. The man tell the interviewer how he will make losses due to GST. When the interviewer tries to explain to him that his business is exempt, he refuse to believe. He does not know how he makes loss, and he still has been tutored to believe that somehow, GST places his business in disadvantageous position. Those who understand the socialist drama, the divisive Congress will come around by the time of 2019 Election, but those who get your outrage on other propaganda channels, who are less educated, will not. They do not understand how a rootless civilization dies. We are risking that part of population for our selfish outrage. We are risking an opportunity to change the course of our nation. I came across a George Orwell quote on the middle-class which we often tend to romanticize and glamourize, ourselves being part of it. I hope, we as a society prove him wrong. He writes in “Keep the Aspidistra Flying”


Our civilization is founded on greed and fear, but in the lives of common men the greed and fear are mysteriously transmuted into something nobler. The lower-middle class people in there, behind their lace curtains, with their children and their scraps of furniture and their aspidistras- they lived by money code, sure enough, and yet as they contrived to keep their decency. The money-code as they interpreted it was not merely cynical and hoggish. They had their standards, their inviolable point of honour. They ‘kept themselves respectable’- kept the aspidistra flying.


We, the middle class, are in the midst of a civilizational battle, let there be no doubt about it. We stand on the cusp. We are what Thomas Mann called the Third Estate, when he wrote in Buddenbrooks: The Decline of A Family


“We are the bourgeoisie- the third state, as they call us now- and what we want is nobility of merit…We want all men to compete without any special privileges, and the only crown should be the crown of merit."


We have the opportunity to stake our claim at nobility. That scares people who call us trolls as we struggle on our commute to work while painstakingly collecting the knowledge on the sly, for we refuse to be betrayed anymore. Let us leap towards our just place in the stars. Let us not waste this opportunity in petty profiteering, let us not allow our thoughts to be muddled in the middle-class melodrama of ours. We are those nameless and faceless  ones who are the face of India.