Remembering the Forgotten - On 15th of August 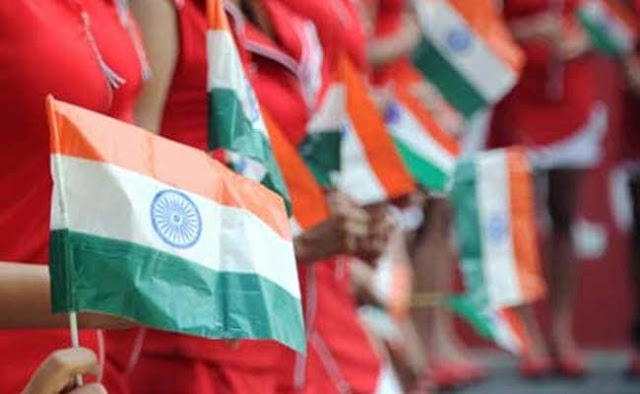 The year is 2018. It is 72 years since we made the tryst with destiny. Pt. Jawaharlal Nehru made that tryst with destiny, and as it turned out, with the passage of time it became a tryst with dynasty. The history was appropriated with a clinical precision. My intention is not to judge, or reduce the exalted stature of those who fought for the freedom and eventually came to believe that the nation they had emancipated is their fiefdom, and that the people of the nation are bound to remain indebted to them, in perpetuity, generation after generation, for their real  or imagined heroics of the past.

Every independence day is marked by two things- perfunctory remembrance of the heroes of the past who could add to the glory of a pathetic polity of the present, a new tendency of the people to belittle the nation on the grounds that we are not the best nation in the world. The first category of people will appropriate the glory of the past, claiming the credit of all the good that is a part of Indian history, another category would be listing out the failures of the nation, making a case for gloom and shame. Since the change of power in 2014, we find that the two categories of people mentioned here are often the same. You will have a slew of articles on the history and Congress, circling around Nehru and Gandhi. Unfortunately, the line which divides the loyalty runs so deep that people are outraged when Narendra Modi as the PM celebrates Sardar Patel or Ambedkar and we see often the stance- "how dare he touch our heroes?" notwithstanding the fact that Congress, during all its ruling years, worked diligently to erase any past leader not connected directly to the first family of the Congress. It took a non-Congress Government to even honor Congress leaders like Ambedkar and Patel with Bharat Ratna.

My intention of writing this post is to wipe some dust off the mirror of public memory, to remember to forgotten. Let us go beyond the usual quotes of Nehru and look at other worthy sons of India.

Ram Prasad Bismil: Ram Prasad Bismil, born 11th of June, 1897, walked to the gallows on 19th of December, 1927, not yet Thirty. Bismil lived through a childhood of penury, but through his diligence became master in Urdu, Hindi and English. He was arrested on the charges of Kakori Train robbery where the Government treasury being carried in the train. He, with Ashfaqullah Khan, Roshan Lal and Rajendra Nath Lahiri, was sentence to death. He was a shade under 30, when he was hanged in Gorakhpur Jail. In the part of his autobiography he wrote on 16th of December, 1927, three days before his death, he writes, "
" When our mercy petition was turned down by the viceroy, I immediately wrote to Shri Mohanlal that all Indian leaders, and Hindu- Muslims should come together to plan a memorial in the next session of the Congress. Government has declared Ashfaqullah Khan as right-hand man of Ram Prasad. If a staunch Muslim like Ashfaqullah khan can become right-hand man of Arya Samaji Ram Prasad in regards to a revolutionary organization, then in the name of India's freedom can Hindus and Muslims of the country not forget their selfish interests and come together?...I request the young men that till the time  a large number of Indians are educated, they do not understand their duties towards the nation; they should not step into revolutionary activities.

Revolutionary Shiv Varma narrates the last meeting of Bismil with his mother. It was a day before the hanging. Bismil's father went to Gorakhpur Prison, without taking his mother along, worried that the pain of losing a young son will be too hard to bear for the mother. Shic Verma ji then writes
'In the morning, when we reached the Prison gates, mother was already standing there, waiting for us. I was quite taken aback looking at the calm and composure of his mother. When we were worried as to how to get me into the walls since only relatives were allowed inside, she asked me to keep quiet. When asked, she promptly told the prison authorities- "He is my nephew." We went in. Ram Prasad broke into tears looking at his mother's face. But the mother's eyes remained tearless. She spoke sharply, " I thought my son to be brave, whose name would bring shiver into the British spines. I did not know that he would be afraid of death. If you wanted to walk to the gallows weeping, why did you step on this path of revolution?
Bismil responded, "These tears are not out of fear of death rather out of love for my mother. I am not afraid of death, mother, trust me." Mother then embraced Bismil and directed him to me, saying, " He is a man from the Party. You can tell him if you have any message for other revolutionaries."

This comes from a letter by Shiv Verma, he wrote after meeting Bismil's mother in 1946. This was the time when Congress leaders were busy in the mechanization of forming the Government of new, Independent India. Bismil's funeral was organized by another revolutionary, Haldhar Vajpayee in Gorakhpur.

Lala Lajpat Rai: Lala Lajpat Rai was the grand old man of Indian freedom struggle. He was the part of venerated Lal-Bal-Pal triumvirate of Indian Independence. During his study at Lahore College, he came in touch with freedom-fighters like Mahatma Hansraj who lost his father at the age of twelve, still through sheer perseverance was able to complete his graduation from Government College, Lahore. He became an Arya Samaji there and supported Lala Hansraj when he started the first DAV (Dayanand Anglo-Vedic) School, steeped in Vedic knowledge with Pandit Gurudatt Vidyarthi. The school was converted to Islamia College post-partition. He died during the protest against Simon Commission in the year 1928. His death brought in a new of wave of revolution, with Bhagat Singh and his revolutionary friends attempting to avenge his death by killing the British Officer. Always an eloquent speaker and a towering intellect, he spoke in Bombay in 1920 in the presence of Lokmanya Bal Gangadhar Tilak , Annie Besant and MA Jinnah ,
"India is like a sleeping Lion. Once it wakes, it wakes with a momentum that carries the force of its ancient greatness. We have never been, in spite of many revolutions that we have undergone, a selfish people, we have never been an oppressive force. We have behind us the righteousness of scores of generations and hence, though we may be fallen, though we may be downtrodden, thought we may be weak, though we may be treated with humiliation, we have the potentialities to rise and be great once more. ...
In the today's polarized polity and propagandized intellect, there is a great tendency to throw the greats of the past on one side or other of the ideological divide. I would like to quote Lalaji here, from further in the same speech,

"I must tell you that henceforth we should recognize it as a fundamental doctrine that the unity of the Hindus and Mohammedans will be great asset to our political future. In this unity, we shall not be guided by the temporary benefit of this community or that. We shall not adopt it as a measure of political expediency. But we shall adopt it as a fundamental doctrine of our faith, to stick to, to our deathbeds, until we win our freedom. Not till then only,  but thereafter too, we shall live in this country as brothers determined to work together, determined to resist together, and determined to win. ...

...The two great imperialist assets are: First to change the psychology of the people whom they want to govern and secondly, to change their own psychology. They want it to be believed that they are the choice of the world , and then want to believe that you are the refuse of the world. Therein lies the Imperial psychology. You have unfortunately for 150 years been believing that you are really inferior to other people. Rise up, Young India, you are inferior to none.
... Freedom must come from within. Freedom must come from within the Mother India. Freedom won't come from without. Freedom won't fall from the heavens. Freedom will rise Goddess-like from our Earth; and we shall rise, and with our own hands we shall offer flowers and we shall worship her. "

Bipin Chandra Pal: Shri BC Pal was the third of the Trimurti of Lal-Bal- Pal. Born 7th November, 1858, he died 20th May, 1932. He is also one of the great son of India and earliest founder of the Congress, now largely forgotten, not being conducive to the current brand of communal politics played by the current version of Congress-I. He was greatly respected in the initial days of Congress and was called a prophet of modern India by Aurobindo Ghosh, even when he left Congress towards the end of his life owing to the differences with Gandhi. He believed in the greatness of Bharat and believed that our true emancipation lay hidden in the resurrection of that faith in our national character, history and glory.

In his much acclaimed speech in the Madras convention of Congress, he spoke something which remains true even today,

On this day, this is a solemn pledge I take to learn more about theses hidden heroes of our past and also pledge to share with my fellow countrymen, all that I could gather from them so that we can see the bright face of Indian renaissance in its completeness, free of the dust and fog of modern politics and propaganda. Happy Independence Day and Vande Mataram!