Judicial Overreach- How Far is too Far? 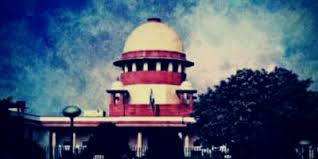 Supreme Court bunched together various petition with the primary petition seeking direction for the Government to get the Delhi roads blocked by various Farmer Groups, mostly from Punjab. These five-star protests blocking the streets, after refusing to move to designated protest sites are reportedly funded by foreign entities and political parties. The farmer leaders keep on claiming the protests to be apolitical led by poor farmers, and the left-leaning anchors allow them getting away with their lies when there have been proof of people like a 600 Crore High Networth Individual VM Singh, an ex-Congress and Ex-TMC leader (and running his own Political outfit now, having contested recent UP elections with 35 Contestants and losing all seats), Hanan Mollah, an 8-times MLA of CPI-M from West Bengal, an MP and also Waqf Board member, Rakesh Tikait, who fought 2014 election on RLD Ticket and lost, and Darshan Pal, an Anesthetist and founder member of PDFI banned by Congress-led UPA Government for terror link. The farmer's side was represented by Legal Luminaries with Congress Link, Dushyant Dave, Phulka, Colin Gonsalves. The Court, instead of considering the order on clearing the public spaces, rather waded into the space of law making. Using strange logic and excuses, the Supreme Court which was supposed to only look into the legality of the protests causing the Industries a loss of Rupees 3500 Crores a day, the SC decided to stay the law, formed a Committee with four Agricultural Experts for consultation.

In a democracy, this is a sad day. Supreme Court quoted Gandhi, never treated as a Constitutional or legal expert, legitimizing the protests. In fact, Supreme Court, which should be a source of strength to the silence and weak, appeared to be cowering in fear when it asked helplessly- Who will be responsible for the bloodshed? It would have much better that instead of quoting Gandhi to equate a protest which was justified while India was under a foreign power with a protest under democratically elected Government meant to browbeat the Parliament. No, My lords, you do not function under the guidelines set in the Prayer meetings of the Mahatma. The institution you represent, with due respect, have to function under the guidelines drafted by Dr. Ambedkar as head of drafting Committee. In a Constitutional Democracy, there are tools available to protest and change laws. They can approach the SC and get the law rejected if the law of illegal or unconstitutional or passed wrongly by the Parliament. If they fail to do so, they can elect a new Government sensitive to their cause and agrees to them and get the law scrapped. Holding the gun, first to the Government and now even to the judiciary itself, to get a legally passed law repealed is not one of the democratic mean of protest. Here the Supreme Court while quoting the Mahatma has totally ignored the Constitution-makers, and what Ambedkar said in his now-famous speech 'Grammar of Anarchy' which I quote,

There is deeper logic to having the Parliament enact the law. In a democracy, it is the will of the people which is supreme. It is the elections which represent the will of the people. Judicial officers, chosen through an collegium, among themselves do not represent the fluid will of the people. They are the custodian of the Constitution created by We, the People of India- A book in its rigidity. Once the Judiciary takes it upon itself to formulate the laws, the citizens will have no recourse because the Judges will not be approaching the people mentioning its line of thinking in Manifesto every five years. Another point is that SC says that they are putting the passed law to assuage the hurt feeling of the farmers. A Judges hammer should be as objective and dispassionate as a surgeon's scalpel. It is totally unbecoming for the SC to be speaking about the feelings of stray left-leaning farmer. While SC Judgement on Ram Janmbhumi has been hailed by all, that judgement also had this element of subjectivity. The SC had no business in allotting alternate site for the site once the Title dispute was settled in favor of the Hindus. The Government of the day might have been taken that decision, to assuage the feelings of the Muslims, but not the Courts. The dwelled into the realm of populism and politics.

At one point, SC Bench even when pointed out to the limitations of the Judiciary on intervening into the space of legislation, boastfully claimed that they did not care and that they were Supreme Court and they will decide. On this, comes to my mind the speech India's first Prime Minister JawaharLal Nehru made while presenting Article 24 (Corresponding to Article 31 in the Constituent) during the Constituent Assembly debate, where he said-

"No Supreme Court and no judiciary can stand in judgement over the sovereign will of parliament representing the will of the entire community. If we go wrong here and there, it can point it out, but in the ultimate analysis, where the future of the community is concerned, no judiciary can come in the way. (he even added- and if comes in the way, ultimately the whole Constitution is a creature of the parliament)...In the 'detached atmosphere' of the courts they should see to it that nothing is done that may be against the Constitution, that may be against the good of the Country, that may be against the Community in the larger sense of the term. Therefore, if such a thing occurs, they should draw attention to that fact, but it is obvious that no court, no system of judiciary can function in the nature of a third House, as a kind of House of correction." (Debate dated 10th of September 1949)

It must be considered with some respect that it was said by the one who is celebrated as a paragon in constitutional propriety. What we have here is a case of reform for the multitude of farmers spread across the country, not only of those sitting at the border in their fancy, five-star tents. The judiciary exists in the society and is constantly subjected to public scrutiny. It is not difficult, but it is necessary for the judiciary to remain oblivious to it and stay away from the impulse to win the public favor. The much deliberated Constitution has taken into account the entire Indian society. Even if something is missed out, there is a provision for the Parliament to make necessary amendment. This responsibility has been given exclusively to the elected Parliament primarily because the Parliament and only the parliament reflects the will of the people of India. The Supreme Courts must rise above popularity contests and media measurement of its own effectiveness. The learned Judges haven't wrapped themselves in much glory now that the errant farmers, emboldened by the SC, in a way, legitimizing the illegally held protests, have already rejected the SC guidelines of resolving the deadlock with a consultation through the appointed Committee. In his brilliant book, Courts and their Judgements: Premises, Prerequisites, Consequences-  Journalist Arun Shourie had brilliantly quoted Judge Bork from his essay on American Judiciary, with which I will end this essay, which is a view of a Common Citizen on the stance taken by the Supreme Court on Farm Bills-

"Why should constitutional law constantly be catching colds from the intellectual fevers of the general society?..This theoretical emptiness at its center makes law, particularly constitution law, unstable, a ship with great deal of sail but a very shallow keel, vulnerable to the winds of intellectual or moral fashion, which it then validates as the commands of our most basic compact."

I hope, powers that be, in legislature and the judiciary, will stand up to preserve this slow demolition of the Constitutional propriety under the pressure of Communist conspiracy, else there lies little difference between Democracy and Mobocracy.